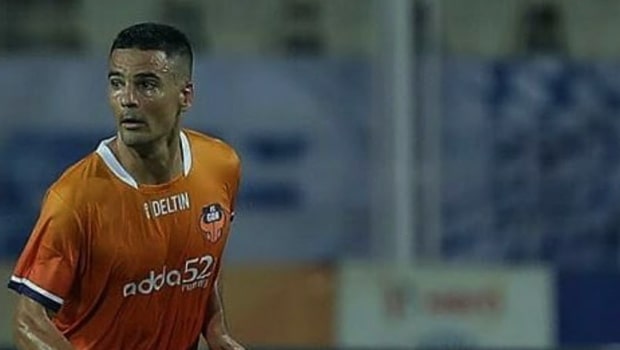 FC Goa defender Seriton Fernandes is delighted to be reunited with his former teammate and now head coach Carlos Pena. The Spaniard has joined the Indian Super League outfit as the new head coach for the Gaurs.

After a rough season for FC Goa, Pena will be hoping to bring the glory back to the club. The Spanish tactician has won two trophies with FC Goa during his playing days and will look to do the same with him in charge of the team this season.

Pena had excellent relationship with the players as he was a proper leader in that dressing room. He shared great bond with Seriton Fernandes as the India international share his thoughts about the Spaniard being the new FC Goa head coach.

“I had many wonderful moments with Pena and we lifted two trophies together (for FC Goa). It’s a joy to have him back, his return is good news for all of us. As a former footballer himself with plenty of experience, he will know what is best for us,” said Seriton Fernandes, in a conversation with The Bridge.

FC Goa finished ninth in the league table and could only manage to win four wins throughout the campaign. They also saw their former head coach Juan Ferrando leave mid-season as his release clause was triggered by the Gaurs.

Goa has changed a lot in the last few years and Pena will have to start afresh as he looks to build a legacy of himself in India, this time as a head coach. It will be a tough job for him as there are several areas where the team needs to work to get back to where they want to be. But with Pena’s  character and leadership, things should take a smoother turn.

“He (Pena) is very passionate about the game, he studies it unlike any other teammate I have ever had. Even when he was a player, on flights or in his hotel room I would find him studying something about the game – and not only the ISL. He truly lives the game. And his experience of having played in India, would hold him in good stead,” Seriton added.

Looking at transfers, FC Goa have already secured a major deal as they have signed former Kerala Blasters forward Alvaro Vazquez for the upcoming season. Whereas, defender Ivan Gonzalez is probably on his way out from FC Goa.