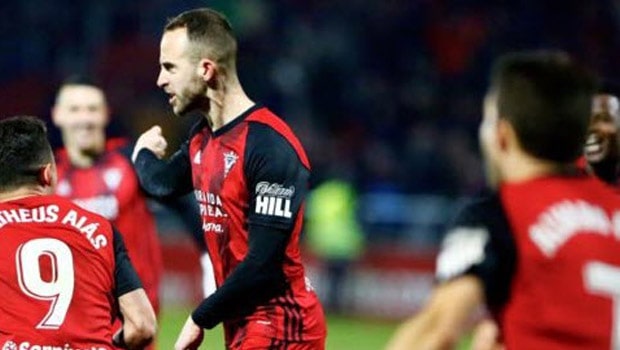 India Super League side Hyderabad FC has continued to strengthen its squad ahead of the 2020-2021 season by signing Spanish defender Odei Onaindia.

The defender becomes the fifth foreign player that the team is signing as the Spaniard pens a one-year deal ahead of the new season.

Odei Onaindia moves in from Segunda Division side Mirandes where they finished in the eleventh position from the 2019-20 season.

The 30-year-old expressed his anxiousness in playing under coach Manolo Marquez after signing for Hyderabad FC.

“I am very happy to sign for Hyderabad, and I’m looking forward to training under coach Manolo and competing alongside my new teammates. I have heard a lot of positive things about the Indian Super League from other players that I have played against. I know it is a league that is in constant growth, and I cannot wait to be a part of it,” said the Lekeitio-born pressmen.

Odei was part of the Mirandes team that had a fantastic run to the semi-final of the Copa Del Rey beating the likes of Sevilla, Celta Vigo and Villarreal last season before losing to Real Sociedad.

Manolo Marquez Hyderabad FC coach explained that Odei would add quality to his team’s defence as the player is a good header of the ball, strong and fast with an experience that cannot be underestimated.

Odei has previously played for Melilla FC and Burgos FC.

Similarly, Spanish midfielder Lluís Sastre was signed by Hyderabad from Cypriot side AEK Larnaca on a one-year deal.

Singh has previously played for Odisha and North East United and Salgaocar FC.