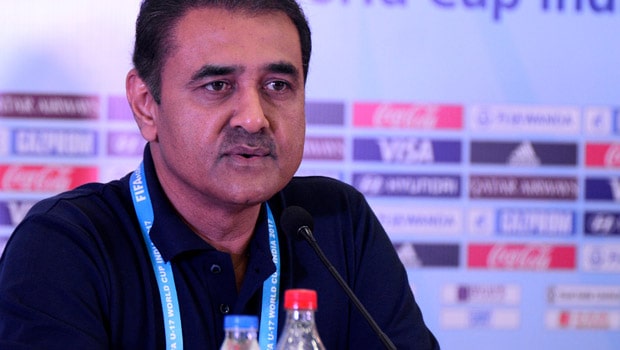 The All India Football Federation (AIFF) has developed a detailed plan to help the Indian Women’s football team in qualifying for the 2027 FIFA World Cup. Both the Sports Ministry and Sports Authority of Indian have endorsed and supported the plan.

AIFF President Praful Patel had said a while back that even though the Indian Women’s football team gets lesser attention as compared to the men’s team, it has the potential to qualify for the World Cup before the men.

The federation has also been working towards the all-round development of Women’s football for a while now.

“We have laid a detailed plan for the (current) U-18 girls in our attempt to qualify for the 2027 World Cup. The plan has been endorsed and supported by the Ministry of Sports and SAI, for which we stay eternally grateful,” AIFF general secretary Kushal Das told PTI.

The FIFA council confirmed last Thursday that the U-17 Women’s World Cup will be held in India next year, from October 11 to 30. The tournament was scheduled to be played last year but had to be postponed to 2021 due to the pandemic, before being canceled. India are also supposed to host the AFC Women’s Asian Cup next year.

“We want to carry this message to all girls who aspire to play the sport, that the football federation stands by them and wants to see them compete at the highest level,” Das said.

“We are confident that the legacy that the U-17 World Cup in 2022 leaves behind, will allow and inspire girls in India to play more. That, in itself, will mark a major shift in the paradigm of sporting culture in India, and the society overall.”

Indian Women’s football is full of raw talent right now and some of them are also making a name for themselves abroad. Bala Devi is a prime example as she is a star player for Rangers FC.