Stimac wants players to express themselves on the field against Oman 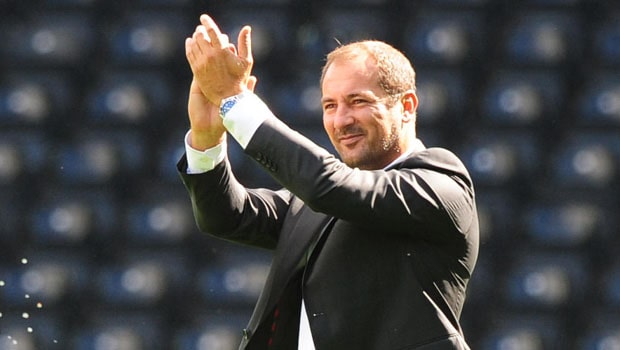 India’s national football team will get back to action against Oman at the Maktoum bin Rashid Al Maktoum Stadium in Dubai on Thursday. The friendly match will be India’s first game after a long hiatus as they had last played back in November 2019. The team couldn’t play any matches in 2020 due to the coronavirus pandemic.

Meanwhile, the Indian team will have some new players in the squad, who were able to impress in the seventh edition of the Hero Indian Super League. Furthermore, India has lost their last two matches against Oman and they will aim to make a roaring comeback.

The team’s national coach Igor Stimac wants his players to express themselves on the field and play fearless football against Oman.

“As a national coach, every match is a new beginning. But in this case, it has been difficult, we had big plans for the past season but all plans were destroyed by the pandemic. So, we start from scratch against Oman,” Stimac said at the pre-match press conference.

Meanwhile, the two friendlies against Oman and the UAE will be a good opportunity for the young guns to settle themselves at the big stage. Stimac is hopeful that the greenhorn players will not take much time to get used to the big stage.

“There are many players who are with us for the first time and are very young. Obviously, we are not going to put all of them to play at the same time, we are not going to take such a risk. We need to be very careful with them. They are our future. We need to rely on them, they have shown in the past seasons that they can play good football… I hope they will use this chance to settle better and this will boost their confidence,” he said.

The 53-year old Croatian added that the results will not matter in the upcoming two matches and it will crucial that the young players gain experience while playing against two quality teams.

“I was very excited watching the [Hero] ISL last season and seeing so many young players coming through well, developing their game and not having any fear making decisions and doing really well… To answer what we are expecting from the upcoming two games is that I expect our players to get more experience, no more than that. We are not obsessed with the results,” Stimac said.