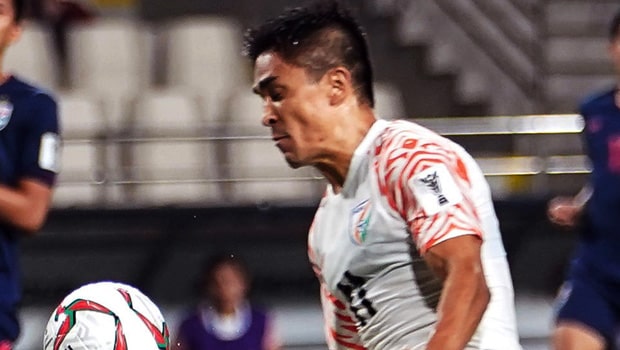 Speaking on his journey Chhetri said, “It is beyond a dream. A wonderful journey that wouldn’t have been possible without my family, my friends, my wife, my close group, the players that I’ve played with, the coaches that I’ve played under, the masseurs, the doctors.

“And I say this because all of them are equally important for whatever I’ve achieved in the number of years I’ve played for the country,” he added.

The ace goalscorer recalled his interaction with former India head coach Bob Houghton. He shared how Houghton motivated the players to grasp every chance when they are featuring for the national team as it won’t be for a long time.

However, Chhetri has contributed a lot more and is still going on. The Bengaluru FC man revealed how playing for the national team gives him immense joy.

Chhetri has been a trailblazer for Indian football over the years and he is loved and respected in India and also in the whole of Asia. Hence Chhetri revealed his feelings after winning the Khel Ratna.

“When I got the award, I was completely thrilled and I’m really thankful and honoured. These things don’t usually come to my mind. I’m unable to think about them and probably that’s why my life is pretty easier. I don’t take too much stress. I don’t think long-term because it phases out. That’s how it works for me,” Chhetri revealed.

The 37-year-old made his debut on June 12, 2005 against Pakistan and since then he has featured in 125 matches for the Blue Tigers. Chhetri is currently on level terms with Lionel Messi at 80 goals. He was recently the highest goalscorer in the SAFF Championship where he helped India lift the trophy after beating Nepal in the finals.

Sunil Chhetri’s Khel Ratna win opens up new avenues for Indian football. A lot of young boys and girls will take inspiration from this and will look forward to playing the sport uplifting football in the country.