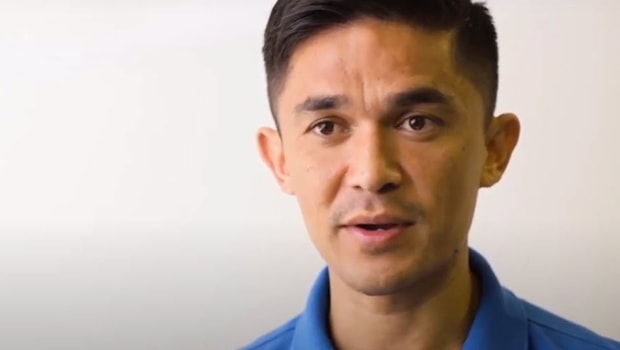 Sunil Chhetri, at age 35, is the current record holder of the India national football team appearance and goal scoring records making 115 appearances and scoring over 70 goals.

Gurpreet Sandhu revealed that he wouldn’t be surprised if Sunil Chhetri plays on until he is 41, but he, however, stated he could better the national team captain at a 100m race.

“I can compete with Chhetri in a race because I have bigger strides. He can play six-seven years easily. He is getting younger day by day,” the Indian international was quoted on goal.

The Bengaluru player revealed how he made a venture into football despite growing to enjoy cricket.

“I never watched football until 2006-07. I was born in a cricket-loving family. Even I love cricket. It’s just that I found football. I started at my school academy. I won a 100m race. After I won the first race, it helped me get recruited in my academy. Then it was training twice a day training and getting into a routine.”

Sandhu played in the 2019 India Super League playoffs final with Chennaiyin FC as they lost to Atletico De Kolkota in the final, and the player is already preparing for a new season in Sydney with teammate Erik Paartalu.

The start of the 2020-2021 season of the India Super League is still undecided yet while some other football tournament in India has been shifted to 2021, including the FIFA U17 Women’s World Cup set to be hosted by India while the AFC has started plans to continue the 2022 FIFA World Cup qualifiers in September and October.