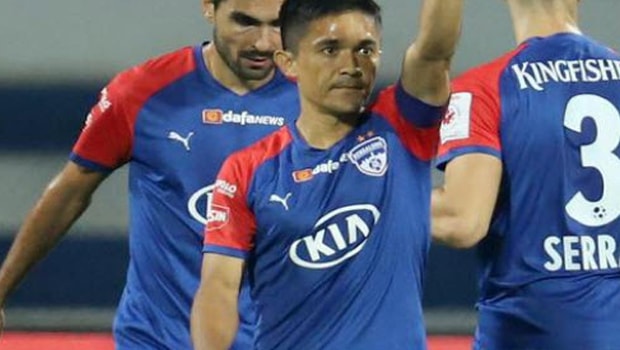 Sunil Chhetri, a small man at 5’5”, has carried the burden of Indian football on his shoulders for more than a decade. When the striker made his debut for the Blue Tigers, Bhaichung Bhutia was leading the Indian frontline. Following in Bhutia’s footsteps at the time seemed to be a difficult task, but it’s safe to say that the Hyderabad-born forward has gone above and beyond expectations when it comes to serving the nation.

India’s most-capped player, Chhetri has well and truly etched his name into the annals of Indian football as one of its golden boys. He has either led or been at the centre of some of India’s biggest successes over the past decade. But after 72 goals in 112 matches, the 35-year-old skipper is in the twilight of his career, making it imperative for India to find a replacement once he hangs up his boots.

Is there really a replacement?

Finding an equal for Chhetri looks like a long shot at present, if not near impossible. More than simply a goal-scorer, his all-round game as well as leadership and awareness on the pitch will leave a big hole to fill. While a like-for-like replacement seems far off, the rest of his teammates need to step up to make up for his absence. Going by the dearth of goal-scorers in recent times, it’s highly unlikely Indian football will find someone of the ilk of Chhetri anytime soon.

Jeje Lalpekhlua, who has been out injured, is one individual that will boost the frontline upon his return to full fitness. The only other Indian apart from Chhetri in the top-10 for Hero ISL’s all-time scorers, at 29, the Mizo Sniper still has a lot of football left in him once he returns from his knee injury.

One reason for the scarcity of quality strikers in the national team is the lack of game time for Indian forwards at the domestic level. Most Hero ISL teams have invested heavily on foreigners up front. Young Indian strikers are often left on the bench, hampering their development. The mere fact that after Chhetri’s nine goals, Liston Colaco and Manvir Singh are the next recognised Indian frontmen at 30th and 40th spots respectively with two goals each in the last Hero ISL season, says it all.

More gametime in the country’s premier league is crucial for the betterment of the national side and unless there’s a change in that trend in the near future, it would be unwise to expect different results as far as quality upcoming strikers are concerned.

How will the team progress?

Instead of finding replacements for the irreplaceable Chhetri, the national team can focus on getting more out of each individual with talented players for every other position. It’s perhaps also worth noting that in Hero ISL 2019-20’s goal-scoring chart excluding Chhetri, there are four Indians that feature before Colaco.

Interestingly, these four players – Lallianzuala Chhangte, Jackichand Singh, Redeem Tlang and Michael Soosairaj – ply their trade out wide, meaning healthy competition for places in the squad, which is the foundation for any good team.

The flanks of the Indian team also have variety in the form of pacy wingers like Udanta Singh and Ashique Kuruniyan who have proven their mettle in the Bengaluru FC squad. Udanta’s lightning-quick pace is a major asset during counter-attacks, but the youngster needs to improve on his decision-making as well as end product and the same applies for Ashique.

Playmakers Sahal Abdul Samad and Brandon Fernandes have also proven their ability to unlock defences with incisive passing and they will have lots more to offer in the future. Brandon, in particular, has come leaps and bounds with both club and country. The 25-year-old was third in the Hero ISL 2019-20 assists chart with seven assists.

Along with other bright prospects like Anirudh Thapa, Raynier Fernandes and Amarjit Singh, the Indian squad can be hopeful of turning a new leaf when the captain calls time on his illustrious career.

The future of the Blue Tigers

Chhetri, of course, is a rare once in a generation talent that has blessed the Indian team with his larger than life persona and extraordinary longevity. A torchbearer of Indian football, he is not just a clinical striker, but also an inspiration and a role model. He will leave behind a rich legacy studded with records and accolades.

The skipper’s absence will, undoubtedly, be felt across the field but India have to prepare for a life without their main man. National team head coach Igor Stimac has a young talented squad at his disposal. It’s how he extracts the best from his gifted squad in the coming years that matters now.

Chhetri still being a part of the team is a major plus as it offers those around him a chance to learn from the legend. And it’s his mentality and work ethic that should be a few of the first things that they take note of. Everything else can follow as long the aforementioned two aspects are sound. 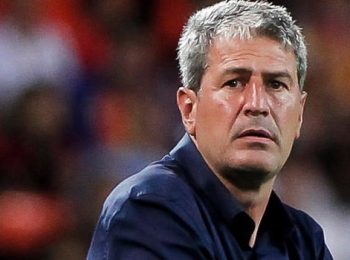 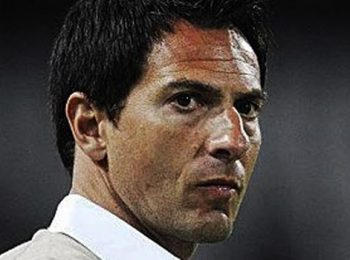 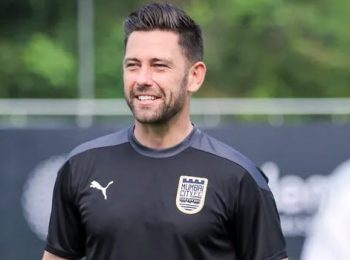