Thapa admits National Team is vital to His club career 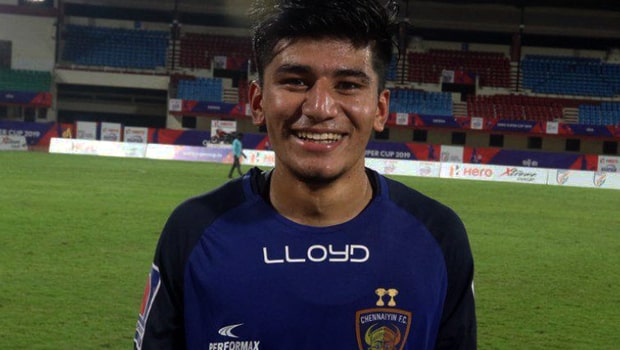 Chennaiyin FC Midfielder Anirudh Thapa has disclosed that he experiences a bigger level of pressure in the Indian National football under Igor Stimac’s watch than he does with John Gregory team in the Super League in India.

The 21-year old Midfielder has started for both club and country so far in the last two after becoming a cogent part of the India National team playing in the Asian Cup Tournament early this year, and Chennaiyin in the ISL.

He scored his first international goal early this year in the 4-1 smashing of Thailand in India’s opening game at the Asian Cup.

According to the 21-year old, playing for India in the Asian Cup Tournament has been a big achievement for him personally as a player as this has provided him with the opportunity of playing at the highest level of his career

Furthermore, his achievements have also been a source of joy for his family, who he claimed supported his dream of becoming a footballer.

Anirudh Thapa explained that his first match against Thailand at the Asian Cup will be an unforgettable moment, describing the experience as blissful.

However, after the Asian Cup tournament, Thapa was dropped from the starting eleven by newly appointed Stimac who replaced Stephen Constantine, the man who gave him his debut and sacked for allegedly having a negative style of play which was Defensive and Pragmatic, before he returned to the starting line up in the second game at the Kings Cup and has played every match since then.

Thapa disclosed that there has been a difference in his own Midfield role under the new manager. He claimed that the style of play under the previous manager was more direct – in contrast with the team’s current strategy which is to build from the beginning, requiring everyone to work harder than before.

Furthermore, he claimed every match comes with their own pressure, but the pressure at the national team class apart from the club level.

Meanwhile, at the club level, there is little urgency to prove their abilities, he explained.