Home » Football » The Coming of Age of Brandon Fernandes

The Coming of Age of Brandon Fernandes 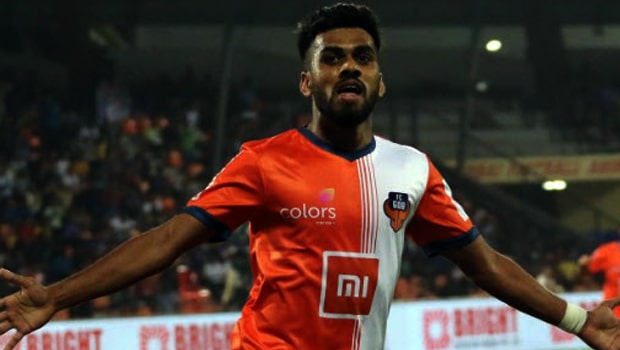 Brandon Fernandes is a name that’s been grabbing many headlines in Indian football of late, but his recent exploits wouldn’t have come as much of a surprise for those who’ve followed his journey through the years. Once a prodigious youngster with an abundance of talent, Brandon was always destined for greatness. Having said that, his journey to the forefront of India’s senior team and the nation’s consciousness hasn’t exactly been all smooth sailing.

After several trials with English clubs abroad, the technically gifted midfielder’s first taste of senior football in India came with Sporting Goa, followed by Mohun Bagan in the Hero I-League. Regarded as more of a luxury player at the time, it’s safe to say that Brandon coping with the physicality of the league didn’t just help his development but also shined the light on other facets of his game. Multiple injuries, though, halted his progress and put him on the fringe of things as all he could do was watch on while his colleagues and friends excelled for club and country.

Working his way back onto the grass and at the level he belongs to wasn’t easy either. However, after he returned to the pitch with Churchill Brothers and then Mumbai City FC, a different and grittier Brandon emerged. No longer just a flair player, Brandon’s time away from the game and his spells with the aforementioned sides brought a new dynamic to his game. His move to FC Goa in 2017 further aided his development and turned him into a more complete and balanced midfielder.

What a way to score his maiden #HeroISL goal! @FCGoaOfficial's Brandon Fernandes brilliantly converted from the edge of the box giving @DelhiDynamos no chance.

Should he win the Fans' Goal of the Week?

That said, the biggest turning point in his career came when he received his maiden call up to the national team under new head coach Igor Stimac for the King’s Cup in June 2019. It was here that Brandon’s familiarity with his new role in a two-man midfield pivot was first evident for all to see. He has since gone on to establish himself as one of the first names on the team sheet under Stimac and has assisted all three of India’s goals in their World Cup Qualifiers.

With regular football for club and country now under his belt, Brandon at the moment is producing his best displays yet. His tally of two goals and five assists – more than any player in the Hero ISL – means that he already has as many goal contributions this season as he had in the last. With half the season still to play, only a brave man would bet against the 25-year-old scaling new heights before the end of the campaign.

Whether he can maintain his current form though is the question on everyone’s lips. Having turned 25 last September, one would expect his peak years to still be ahead of him; which makes for good news for India and FC Goa fans, but bad news for opposition defences. Now that’s he’s found a balance between his creativity and graft, the maturity can be seen in his game.

If anything, he’s likely to get even better with age just like fine wine, which should come as good news to a national side in desperate search of new heroes. Only time will decide whether he continues to soar to new heights, but one thing that’s for certain is that an injury-free Brandon is bound to have a big say on the fortunes of Indian football in the future.