Home » Football » The ISL has grown heavily from the first season to what it is now: FC Goa’s Ishan Pandita 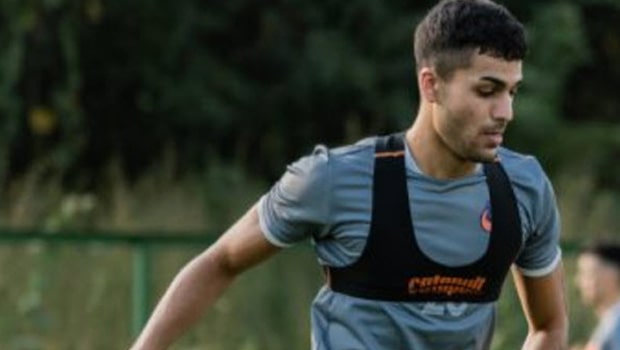 Ishan Pandita has been an impactful player for FC Goa in this Indian Super League season. He hasn’t got any start yet but he has netted four goals after coming off the bench and has the best conversation rate in the league this season as well.

Pandita used to ply his trade in the Spanish fourth division before he decided to try his luck in the ISL this season. As it turns out, he has been rewarded with a call up in the national Team as well, along with nine other new faces from different clubs. Pandita credits the ISL for the improvement of the Indian players and said that it has improved a lot from what it was in the first season.

“Football is the best in Europe. Everyone knows that, and I’ve been lucky enough to play at some good levels in Spain with very good players. All I can say is, ISL is improving a lot. It’s grown heavily from the first season to what it is now. The ISL is attracting good, talented players from good leagues from all over the world, and I see a lot of scope for improvement and growth in the country,” Pandita was quoted as saying by The Goal.

He was also asked about why FC Goa coach Juan Ferrando hasn’t given him more gametime in the season, to which Pandita replied, “The only way I can touch upon this point is that I’m doing what I’m supposed to do in training. I’m definitely giving my all and fit into the system that he (Ferrando) wants to play. Hopefully, he sees that I’m improving and doing enough to get a position in the starting 11.”

Lack of gametime has often forced players to change clubs. It is a very common thing in football and Pandita was also asked whether he was willing to change clubs in order to get more playing time.

“On contract, I’m an FC Goa player but like any other player who wants to play, I’m at the beginning of my career. I’m very hungry to perform and show myself. I’ve not played anything at all here. All I can think about at this moment is trying to help my team and hopefully, we can go past Mumbai and win the ISL,” he said.

FC Goa will now take on Mumbai City FC in the semifinals. Sergio Lobera’s men finished at the top of the ISL table and thus they will turn out to be a tough challenge for the Gaurs.