Home » Football » The young guns will get ample opportunities to prove themselves: Igor Stimac

The young guns will get ample opportunities to prove themselves: Igor Stimac 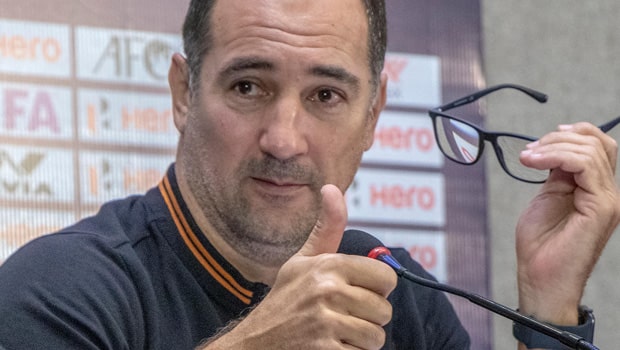 Indian national football team head coach Igor Stimac said on Tuesday that he is looking to build a team for the future and that’s why he will be giving the young players in the squad ample opportunities to prove themselves.

The Indian team is currently in a training camp in Dubai where they are preparing for the FIFA friendlies against Oman and UAE. 12 players in the squad are below 25 years of age and a couple of them aren’t even 19, thus making the average age of the squad just a little over 24.

“It’s fantastic to see guys at 19, 20, 21, 23 making it to the national squad. We are trying to build on the FIFA U-17 World Cup, and develop their knowledge,” Stimac said during the ongoing camp.

“We are trying to make sure that in the next four years they become ready to play against the best, and win against them. It’s a long process in football, and it takes time.”

India will take on Oman on March 25 whereas the second match against UAE is scheduled to be played on March 29.

“The young guns proved it in Indian Super League this season. It’s now for them to prove at the international level. I will give them the chance to do so.”

“What we are doing here is trying to make them relax, and explain to them that there is no reason for fear at the international level. They need to be themselves and prove to the world that they can play against the best,” Stimac said.

“There is no reason for anyone to feel scared or have any kind of fear. Not a single player will be eliminated for one or two mistakes but we are trying to work on not to repeat them,” he added.

The ISL 2020-21 season turned out to be pretty good for Indian football as it gave rise to promising young forwards like Bipin Singh, Liston Colaco, Ishan Pandita and Manvir Singh among others. These players will now be eager to carry their form forward into the international stage for India.