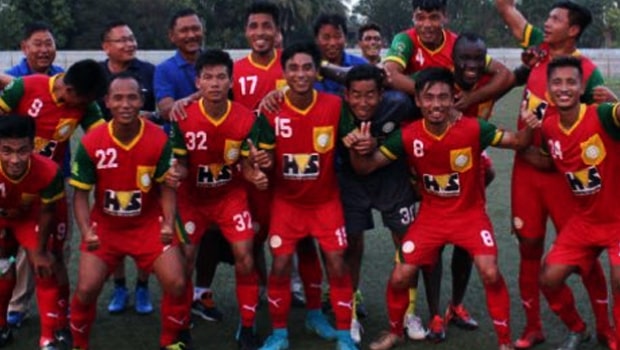 Promoted Indian League side TRAU FC has started efforts to ensure that the in-coming season is one to remember.

This is the first time ever that the team will be playing in the Indian league and are already making efforts to maximize the potential and the opportunity that will come with it.

In one of the first commercially commendable act is the deal with Aciesta Sports who will be the team’s title sponsor.

With the difficulty with which top clubs in India fail to get sponsors for their teams, Trau FC’s feat is a bold step which shows intent.

Furthermore, he said that teams in the I-League give the best platform to search for budding talents especially youths

However, he revealed that there is a possibility of having deals and signing contract with the big guns in the India Super League in the near future.

Meanwhile, when quizzed about the possibility of been sponsors of the Indian Super League: “We have, and our visions are matching maybe we will try to invest into”, he said

The Hero Indian League will kick off on Sunday, December the 1st and TRAU FC will travel to Chennai City while in other games, Aizawl FC will host Mohun Bagan Fc on the 30tg of November.

Gokulam will welcome NEROCA FC, Minerva Fc will travel to Churchill Brothers while East Bengal against Real Kashmir is the last game of the round 1 set of matches.