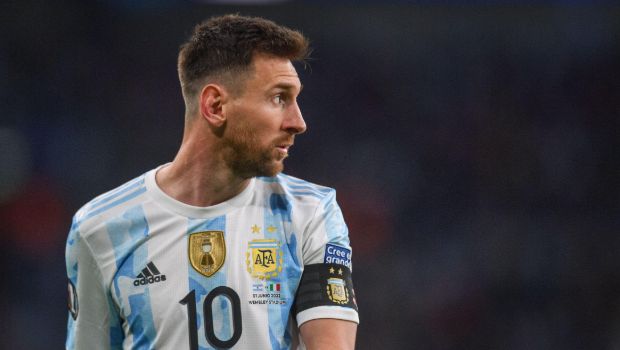 Argentina captain Lionel Messi announced his team has finally arrived in the ongoing FIFA World Cup after securing a 2-0 win over Mexico on Saturday at Lusail Stadium. Messi scored in the 64th minute of the game against the South American opponents, taking his goal tally to eight in the World Cup to go level with Cristiano Ronaldo.

Subsequently, Enzo Fernandez, 21, became the youngest Argentine to score at the World Cup since Lionel Messi had done the same back in 2006 as the youngster found the back of the net in the 87th minute.

Argentina had suffered a shocking 2-1 loss against Saudi Arabia in their tournament’s opener and it was a must-win match for them against Mexico.

“We knew that today we had to win, that another World Cup started for us and we knew what to do,” Messi said.

“We cannot let our guard down now and we have all finals left. “We knew that the response from our fans would be like this and I think we complied.”

On the other hand, Argentina manager Lionel Scaloni showered praise on Messi for playing a key role in changing the match. The talisman led from the front as he scored the opening goal to breach Mexico’s defense.

“He defined the match because that is what he knows how to do,” Scaloni said. “He has a group behind him who support him. The match changed because we have great players and also we have Leo.”

Meanwhile, Messi also squashed any rumors regarding discomfort with his ankle injury.

“I don’t know why there were so many things said about it,” Messi added. “The other day everyone was talking about my ankle and I did not have anything wrong with it. But then in the last minute [against Saudi Arabia], I rolled it over.

“I said all week that I didn’t have anything wrong with it and then in the final minute I twisted it. But it is fine. I was able to train normally afterward right along with the team and I did not train alone at any moment.”

Argentina will next take on Poland on Wednesday at Stadium 974 – Ras Abu Aboud.