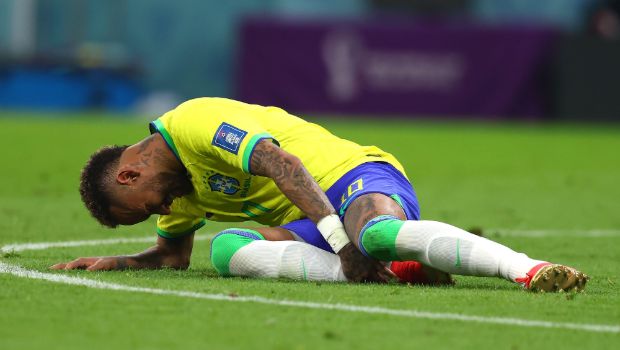 Brazil head coach Tite has expressed confidence that Neymar can make the World Cup return despite an ankle injury. The PSG Saint-Germain forward was ruled out with an ankle injury, which he suffered while playing the team’s World Cup opening game against Serbia.

Brazil had earlier confirmed that Neymar will miss the Monday fixture against Switzerland. As per ESPN’s sources, Neymar is also expected to miss the team’s third Group match against Cameroon on December 2.

Tite expects Neymar and Danilo, who also suffered an ankle injury, to return to action for the team.

“I believe that Neymar and Danilo will play the World Cup,” Tite told a news conference. “I believe in that. Medically, clinically, they can talk more about the stages of the treatment. [But] I have no place to talk. I trust that we will be able to use both of them.”

Tite revealed that Neymar had suffered the injury before he was taken off the field in the 80th minute but he was not aware of his injury.

On the other hand, Brazil defender Marquinhos revealed that Neymar was disappointed after he suffered a nasty injury. However, the linchpin is doing his physiotherapy and he is looking forward to his return.

“I think that, at the time, at the moment, it’s a delicate, difficult situation,” Marquinhos said of Neymar’s injury. “After the match, I saw him sad, it’s normal, because of everything he dreamed of, wanted, the desire he had.

“But today, after exams, treatment, he is sleeping in physiotherapy, doing physiotherapy 24 hours a day. This shows how much he wants to be with us, that’s it. We don’t know when. Today we see him much better. It’s very important to be with us. a good head, which greatly influences this moment of recovery. I see him very confident when he returns. And that helps with his return.”