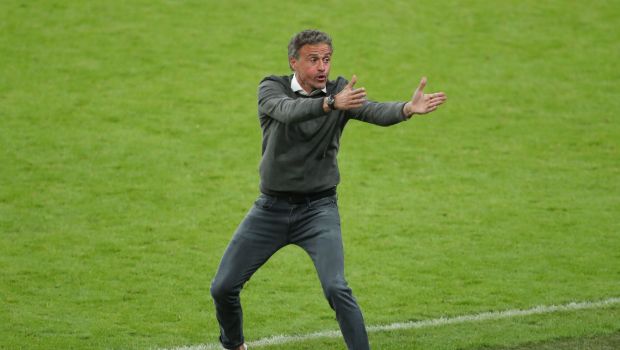 FIFA World Cup 2022: He can define an era – Luis Enrique on Gavi

Spain’s manager Luis Enrique has showered praise on young Gavi. The youngster became the youngest to score at the World Cup since former legend Pele did so back in 1958. Gavi scored in Spain’s thumping 7-0 win against Costa Rica on Wednesday and achieved a personal milestone.

Gavi was also awarded MVP for his fine show against Costa Rica as Spain dominated from the get-go. Spain’s 7-0 win was their biggest in World Cup history.

Meanwhile, Gavi was brilliant throughout the game as he did a fine job for the team. The youngster has shown the right skills to go a long way in his career and he is only going to get better with more experience.

“The most surprising thing for everyone is that someone, at 18 years and 100 days old, has that amount of self-confidence,” Luis Enrique said in a news conference on Saturday.

“You have to look at the intelligence he has in his positioning, how he dominates the technical aspects of football, and his physical capacity despite being 18. We have to stay calm, he’s 18, but he can define an era.”

Gavi has made an excellent start to his young career, scoring three goals in 14 appearances for La Furia Roja.

On the other hand, Spain will take on Germany, who suffered a shocking 2-1 loss against Japan in their tournament’s opener. However, Enrique doesn’t want to be complacent against the Germans as he knows they have a quality team.

“You look at their shirt and see four stars [for four World Cup wins],” Luis Enrique added. “I played against them [at the World Cup] in 1994 and their physical level was incredible… If anyone knows how to compete, it’s Germany. Their history is there and they have world-class players.”

“You always hope for the best, but maybe I didn’t expect such a potent version [of the team],” Luis Enrique said. “I’m better at dealing with problems. I’m a idiot like that.”

Spain will take on Germany on Sunday at the Al Bayt Stadium.