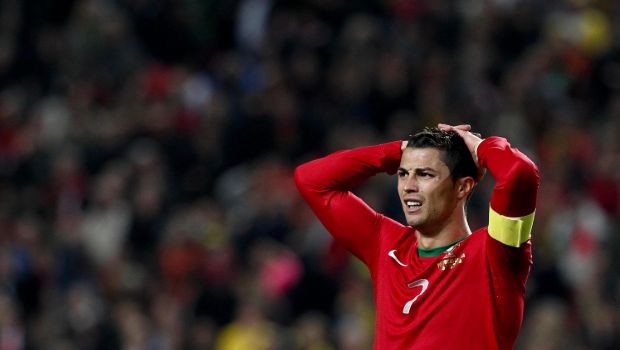 Portugal manager Fernando Santos criticized Cristiano Ronaldo’s reaction after he was substituted in the team’s last Group stage match against South Korea. Ronaldo was subbed in the 65th minute and he showed his frustration after he was taken off.

The cameras caught Ronaldo saying, “He’s in a rush to sub me.” – which didn’t please Fernando Santos. Subsequently, Ronaldo was involved in a verbal spat with South Korean player Cho Gue-Sung when he was leaving the field.

Meanwhile, Portugal had already qualified for the Round of 16 after winning their first two matches against Ghana (3-2) and Uruguay (2-0) but lost against South Korea by 2-1.

“Let’s split this answer in two,” said Santos when asked about Ronaldo’s reaction.

“Right after the match, I spoke in the flash interview, and then went to the press conference, and there I said something I’ll repeat here: on the pitch, I didn’t hear anything. I was too far, and this is why I only saw him arguing with a South Korean player, and nothing else.

“Have I already watched the footage? Yes. I didn’t like it. Didn’t like it at all. From there, it’s things you sort out internally. It was sorted out this way, and now we think about the game tomorrow. Everyone is focused on the game.”

Santos refused to confirm whether the Portugal captain will be part of the Round of 16 clash against Switzerland.

“I only tell the team who will play in the dressing room,” Santos said.

“When we’re in the stadium, they find out about the team. And they know that. It’s been like this since I arrived. I will start the team that I think should play. It’s what I’ve been doing my entire life. I’m OK with myself, have no problem. I stay with my conscience.

“Maybe after the match, I reflect on it that I might have taken a different decision. But it’s been like this since I arrived in 2014.

Santos also revealed the issue with Ronaldo has been sorted out. “I only think about what’s good for Portugal and the national team. And the [Ronaldo] topic is done; we sorted it out internally. It’s all sorted out.”

Portugal will face Switzerland on Tuesday at the Lusail Stadium.