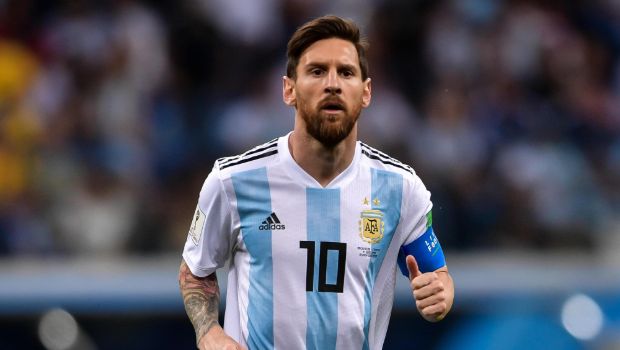 England’s winger Jack Grealish has showered praise on Lionel Messi after the Argentine captain scored a fine goal against Mexico in the team’s second game of the ongoing FIFA World Cup. It was a must-win match for Le Albiceleste and Messi was once again able to deliver for the national team.

Argentina went on to win by 2-0 to keep their World Cup hopes alive and Messi was awarded the game’s MVP for his fine show. The number 10 scored in the 64th minute to put the team in front and showed his class.

In fact, Argentina was under all kinds of pressure as they were stunned by Saudi Arabia in their opening game of the quadrennial event.

On the other hand, Mbappe also delivered for France against Denmark as he scored a brace. The French forward has scored three goals in two matches and he is currently the joint-highest goal-scorer of the tournament with Ecuador’s Enner Valencia.

Grealish told talkSPORT: “I watch all the games to be honest. We have screens all over the place and it’s just nice to have games on all day. I watched Messi, unbelievable. He just showed what he’s about in that second half but then again so did Mbappe.”

Meanwhile, Messi was delighted after Argentina won against Mexico. Messi admitted that the players felt the pressure after their loss against Saudi Arabia.

He said (via the Guardian): “We lived with discomfort given the defeat in the opening match [against Saudi Arabia] was something we didn’t expect.

He continued, “The days felt very long and we were eager to have the chance to turn it around. We knew it was a critical game. Luckily we had the option to win and it was a weight off our shoulders, a reason for joy and peace of mind because it is all down to us again.”

Argentina will take on Poland on Wednesday at Stadium 974 – Ras Abu Aboud.