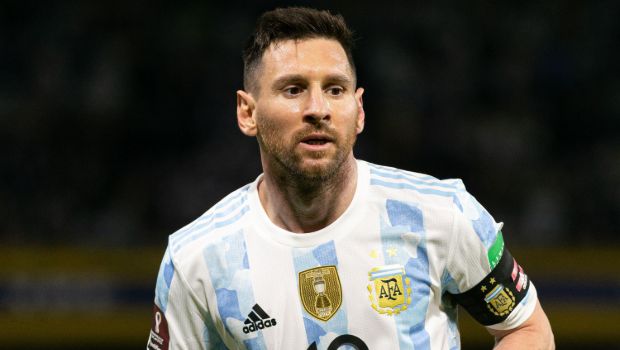 FIFA World Cup 2022: There are no excuses – Lionel Messi on shocking loss to Saudi Arabia

Argentina captain Lionel Messi admitted that there are no excuses after his team was stunned by Saudi Arabia in their opening clash of the ongoing FIFA World Cup 2022 at the Lusail Stadium on Tuesday. Messi opened the scoring for his team in the 10th minute as they were awarded a penalty.

In fact, Le Albiceleste had many chances in the first half to put the game to bed but they squandered after their strikers made early runs and were judged off-side.

Saudi Arabia came up with a fighting attitude in the second half as Saleh Alshehri equalized in the 48th minute. Five minutes later, Salem Aldawsara stunned Argentina as he found the right top of the net with a scintillating kick.

Subsequently, Saudi Arabia players defended as if their lives depended on it. Argentina could only take six shots on target and it was Saudi Arabia’s goalkeeper Mohammed Al-Owais who was the star of the show for his team.

Asked how his teammates were feeling after a shocking loss, Messi said: “The truth? Dead. It’s a very hard blow because we did not expect to start in this way.”

“We expected to get the three points that would have given us calmness,” Messi said. “Things happen for a reason. We have to prepare for what is coming, we have to win, and it depends on us.

“There are no excuses. We are going to be more united than ever. This group is strong, and we have shown it. It is a situation that we haven’t gone through in a long time. Now we have to show that this is a real group.

“It’s a painful loss but we have to continue to trust ourselves,” he said. “We must turn the page and move on. We have to analyse what went wrong. Focus on the positives and turn our attention to the game against Mexico.”

Messi added that his message to the Argentina fans is to have faith and they will look to bounce back in the remaining two matches.

“My message to the supporters is to have faith,” Messi added. “We won’t leave them stranded.

“We knew that Saudi Arabia is a team with good players, that they move the ball well and that they push the [defensive] line a lot. We worked on it, but we rushed a bit. We have to go back to the base of who we are. We have to think about what’s next.”

The loss also ended Argentina’s unbeaten streak of 35 matches. Lionel Messi and Co. will next take on Mexico on Saturday.