Home » Football » We at least deserved a draw, says Igor Stimac after the Indian U23 team went down against UAE

We at least deserved a draw, says Igor Stimac after the Indian U23 team went down against UAE 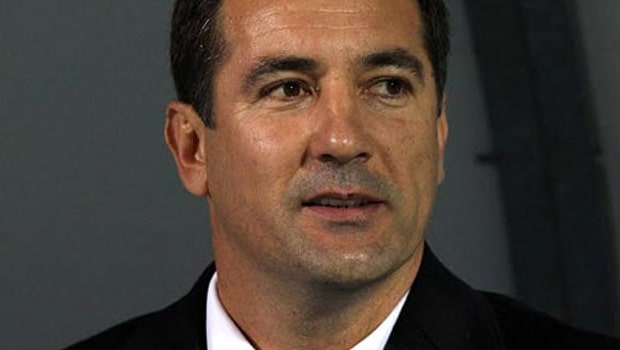 The Indian U23 team put on a gritty performance in their 1-0 defeat against hosts, United Arab Emirates in the AFC Asian U23 Qualifiers. The Blue Colts made only one mistake in the entire ninety minutes and had to suffer a defeat.

It was Suresh Singh Wangjam who brought down an Emirati player in the box handing the UAE a last-minute penalty. Left back Abdullah Idrees stepped up and calmly slotted the spot-kick past, Dheeraj Singh.

Igor Stimac was visibly disappointed with the result also claimed that one mistake cost India U23 team a well-deserved point. The Croatian pointed out how the Indians were creating chances and things were in order in the first half. But he credited UAE for stamping their authority in the second half.

“In the first half we handled it well, especially when the legs were still fresh. We also had two great chances in the first half. We played against a very good side, who were deserving winners. In the second half they demonstrated their power,” Stimac said.

He highlighted how his players lost freshness and struggled to get over the line in the second half allowing UAE to come back in the game. he clearly admitted that India U23 did not deserve three points but he feels a draw would have been a fair result.

“We play the Kyrgyz Republic in the last game. We need to do our best, find the strength and power and then get out on the pitch and get the points which may surprise all of Asia if the Indian football team qualifies,” Igor Stimac expressed.

Stimac believes that it is going to be tight as teams are different but also similar in what they can do on the pitch. So it will be interesting to see if the Blue Colts manages to qualify for the main tournament.