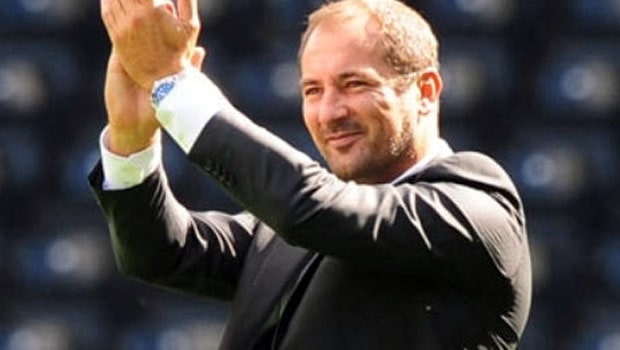 India’s national football team head coach Igor Stimac has shed light on the team’s performance in the recently held two International friendlies against Oman and UAE. The Blue Tigers came up with an inspiring performance against Oman as they held the opposition to a 1-1 draw after Manvir Singh scored in the 55th minute of the game.

But India succumbed to a 6-0 defeat against the UAE last week. Ali Mahboukht scored a hat-trick for the home side but the visitors could not put up a fight and suffered an ignominious defeat.

Stimac stated that he has a talented group of young players who needs to be given time and peace at work. The chief coach added that they wanted to check the bench strength and give chances to their young guns against quality oppositions. The Croatian had played as many as 10 debutants in the match against Oman and also gave a plethora of opportunities to the young players against UAE.

Stimac said: “The sole reason we played these games against Oman and UAE was to check how much our guys are able to match strong teams at the moment. And it wouldn’t be fair if we hadn’t given everyone a chance in their positions to check them out, and get the answers we are looking for. It was easier against Oman because they also went out of the competitive rhythm, but it was entirely different against UAE wherein the competitive rhythm was at the maximum – their championship is in full swing.

“We have a talented youth set-up that needs to be given time, and peace at work. We believe in them – they are the best we have, and we are obliged to give them the opportunity to mature for greater achievements. Defeats are part of that path. They are painful but it serves to teach and mature them.”

Stimac gave a lot of chances to the young players and many experts feel that he experimented much more than what was required. However, the 53-year old coach doesn’t feel the same and stated that he tried to play the players in positions, where they are accustomed to playing.

“Experimenting is when you play players in positions they have never played or when you switch to a game system that you did not practise in training. Personally, I don’t like the word experimentation and it doesn’t fit with what we do. We didn’t bring a single player to Dubai who didn’t deserve it with his performances in the Hero Indian Super League [Hero ISL 2020-21]. However, due to illness, injury or poor form we could not count on Rahul Bheke, Seriton Fernandes, Asish Rai, Brandon Fernandes, Sahal Abdul Samad, Udanta Singh and Sunil Chhetri.

“…This was our only chance to see the new boys and work with them before the decisive qualifiers. We came to Dubai with just one goal, to get an answer to the question of how much the new guys can provide against two tough opponents and whether we will get a few new names for the remaining qualifying matches due in June [against Qatar, Bangladesh and Afghanistan in the joint 2022 FIFA World Cup and 2023 Asian Cup second-round qualifiers].”

Stimac added that the Indian players will get better with time and they need to have faith in their own methods.