Home » Football » We have come here with a target and we have not achieved it yet, says India U23 captain Suresh Singh ahead of UAE clash

We have come here with a target and we have not achieved it yet, says India U23 captain Suresh Singh ahead of UAE clash 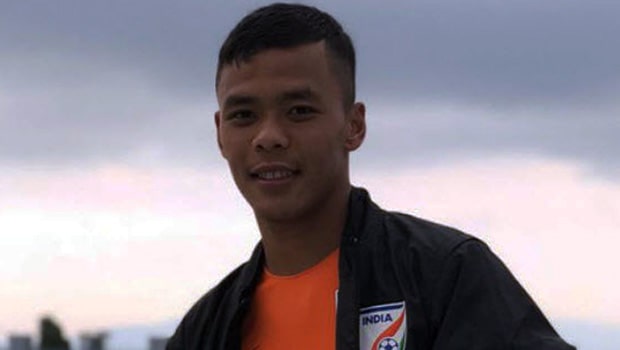 The Blue Colts have started the AFC U23 Asian Cup qualifiers in style with a sublime 2-1 win over Oman U23. Now they will face hosts, the United Arab Emirates in a very important game. While the players are excited as a win will inch them closer to qualification, they are also very composed and are not getting too complacent from the first win.

Indian showed great grit and determination to hold out the Omani players for almost ninety minutes. They did concede a cheap goal late on but other than that Dheeraj Singh and the defenders were pretty much flawless for the most part of the game. However, Dheeraj who is reasonably happy with the performance also pointed out how the Indian defence lost concentration late on in the game and conceded a cheap. It is something that the FC Goa custodian feels India should improve on in the coming matches.

Suresh Singh Wangjam who was a metronome in the middle for the Blue Colts pointed out how the result against Oman is now in the past. The Bengaluru FC midfielder who captained India U23 in the last game said, “Everyone looks happy as we have won our first game. But it’s not over. We have come here with a target, and we haven’t achieved it yet. We need to be humble, and prepare for our next game and do well in this competition.”

“It’s a nice feeling to start our campaign with a win. But we shouldn’t get carried away. We will make sure we stay humble and control our emotions as we prepare for the next one. And we know it’s going to be a very tough one against UAE,” Dheeraj Singh added on the same topic.

Igor Stimac’s men know that the UAE U23 team will come hard at them fresh off the blocks as the hosts have suffered a shock 2-1 defeat against the Kyrgyz Republic in their first qualifier match at the Fujairah Stadium. All eyes will be on Rahim Ali who scored a goal and also came up with an assist against Oman U23 and also on Vikram Pratap Singh who dominated the right flank. It will be a real test for India but the youngsters are making sure that see India U23 through to the next round.