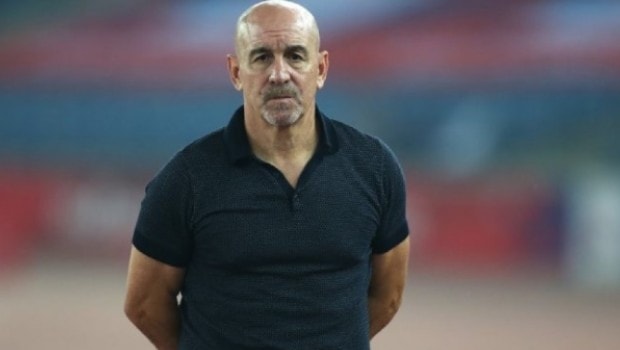 The most crucial battle in a sports person’s life is to live in the present. ATK FC head coach Antonio Habas believes his team should focus all of its energy on the Indian Super League final against Chennaiyin FC, which will take place at Jawaharlal Nehru Stadium in Goa on 14th of March.

ATK, who had finished at the second place in the league stages with 34 points after 10 wins in 18 matches, had made a stunning comeback in the semi-final. Roy Krishna-led side was 0-1 down after their first leg against reigning champions Bengaluru FC but bounced back to win the second leg 3-1 to qualify for their third ISL final.

On the other hand, both Chennaiyin FC and ATK FC have won the ISL title on two occasions and whosoever will come out with flying colors on Saturday will become the most successful club in ISL folklore with three crowns.

Antonio Habas, feels that his team needs to enjoy the final and live in the moment to create history on Saturday.

“Tomorrow is going to be a very special match. We need to enjoy it. However, we must not look into the past too much and concentrate on the present. Football is about the here and now and we must adhere to it. Though we can look at previous games to analyse, we need to ensure that we play the match tomorrow as it comes”.

Roy Krishna had also accompanied his coach in the pre-match conference and stated that he and his troops will give their best in the final. Krishna added it is imperative for them to not get blown away with the big occasion and their focus should be on the game.

“Tomorrow is going to be a huge game. When I came here, I wanted to give my best and it is good to be in the final. But we can’t get carried away and we need to focus on our game”.

Meanwhile, Roy Krishna has shared good chemistry with his forward teammate, David Williams. Both the players have complimented each other nicely and the skipper added that they were successful in doing so because they understand each other’s game. However, Krishna knows the job is half done and wants to take his team to glory.

“Williams is a good guy and we have enjoyed playing with each other. He knows my game and vice versa. But, we know the job is not done yet and we have a huge match now. I would not want to talk about my personal targets before tomorrow and my sole focus is on the final”.

Unfortunately, the big final will be played behind the closed doors due to the outbreak of the coronavirus. But, Antonio Habas understands the present situation and he added that the health of the people should be the first priority.

“It is an unfortunate situation but health and safety of the people obviously comes first”.

Both the teams are not only strong on paper but also high on confidence and thus it would make up for a perfect final. It would be about execution of skills and plan which will determine the ISL 2019-20 winner.