Home » Football » We played the style of football that we were searching for in the first half: Hyderabad FC’s Manuel Marquez

We played the style of football that we were searching for in the first half: Hyderabad FC’s Manuel Marquez 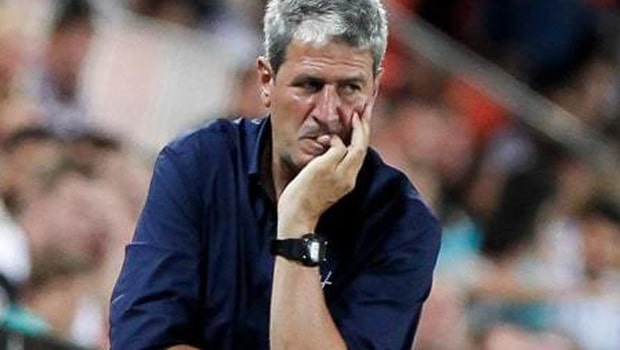 Hyderabad FC head coach Manuel Marquez was delighted with the performance of his team after they defeated Bengaluru FC by 1-0 at the Athletic Stadium, Bambolim on Wednesday. Marquez said they were able to play the style of football that they have been searching for in the first 45 minutes of the game.

Hyderabad scored the opening goal in the seventh minute of the game when Bartholomew Ogbeche found the back of the net. This was Hyderabad FC’s second win of the season while Bengaluru FC suffered their third loss of the ongoing Hero ISL 2021-22. In fact, Bengaluru FC head coach Marco Pezzaiuoli admitted that his team played the worst first half during his stint so far with the club.

Marquez said in the post-match press conference, “Yeah, I thought we scored too early. But we won with that goal. In the first half, we played the style of football that we had been searching for. In the second half, they attacked a lot searching for the equalizer. They are a strong physical side but we managed to hold them off and got the win”.

On the other hand, there were injury concerns on both sides and Marquez had to adopt a cautious approach as he made changes to the team. The gaffer was happy that his team was able to win three crucial points.

Marquez added, “Yeah. There are a lot of injured players on both sides. We have Yasir and Hali injured but I am very happy with the players who came in their place. Rohit Dhanu, Nikhil Poojary, Edu Garcia, Aniket Jhadav, and Souvik Chakrabarti all came in after injury or played their first match. So obviously towards the end of the game, it was very difficult for them. But fortunately, we got the three points”.

Meanwhile, Hyderabad’s chief coach decided to start with young players like Nikhil, Souvik, Rohit, and Siverio and revealed that the idea is to give exposure to these young guns.

He concluded, “We are confident in all the players. This is the history of Hyderabad FC playing with young players. If you win the game fantastic, if you don’t win then we go again. We are happy with the squad we have”.

Hyderabad FC will next face NorthEast United at the same venue of Athletic Stadium, Bambolim on 13 December.