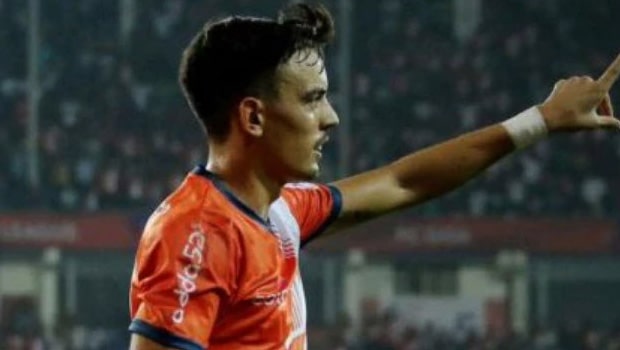 FC Goa ended the recently concluded Hero Indian Super League season in fourth place after seven wins from 20 games. The Gaurs’ journey was ended when they lost to eventual winners – Mumbai City FC 6-5 in the penalty shootout. Meanwhile, Goa’s next target is to perform well in the AFC Champions League.

Goa’s strength in the Hero ISL has been to keep possession. The team ended the league stage with the highest possession average of 58% and also completed the second most number of passes – 9665.

However, things will change when FC Goa will take part in the AFC Champions League. Goa is in Group E, which begins on April 14 in Goa. The Group has previous season finalist Persepolis FC (Iran), Qatar’s Al Rayyan, and the playoff winner of Al-Wahda (UAE) and Al-Zawraa (Iraq). All four nations’ club competitions are among the top 10 in the AFC rankings, whereas India is placed 15.

FC Goa skipper Edu Bedia understands the strength of the opposition and also admitted that the team might not be able to control the ball as they are used to do in the ISL.

“Keeping in mind their level, we will have to work hard and train with intensity in preparation for this,” said Bedia, who has La Liga experience under his belt. “We are working very hard to be as competitive as possible in these games. It’s important to remember that we are not used to this experience. We are a team that likes to keep a lot of the ball but we might not see a lot of the ball. It might become a possession-based game then we need to be smart about it. Obviously, whenever we get chances, there will be few and far between, we need to take them,” he added.

On the other hand, FC Goa played their last match one month ago on 8th March whereas their AFC Champions League opponents have been playing regularly in domestic competitions. Thus, the Gaurs can lack in their preparations if we take the game time into consideration.

However, the team’s coach Juan Ferrando has confirmed that the team is working hard in the training sessions.

Ferrando added that the team’s philosophy will remain the same but they might need to alter a few things in attack as well as defense.

“In FC Goa, our philosophy is the same but it’s necessary to change some points in both defense and attack. Depending on the opponent, you need to change some points but the plan more or less is the same. It’s not necessary to talk about tactics but necessary to talk about focus. In 90 minutes, it’s important not to relax. In just a second, maybe one player is good at dribbling or one throw-in could create space and allow them to play in a good cross. These are the most important details,” he pointed out.