Home » Football » We won but Chennaiyin FC made it difficult for us: Mumbai City Coach Sergio Lobera

We won but Chennaiyin FC made it difficult for us: Mumbai City Coach Sergio Lobera 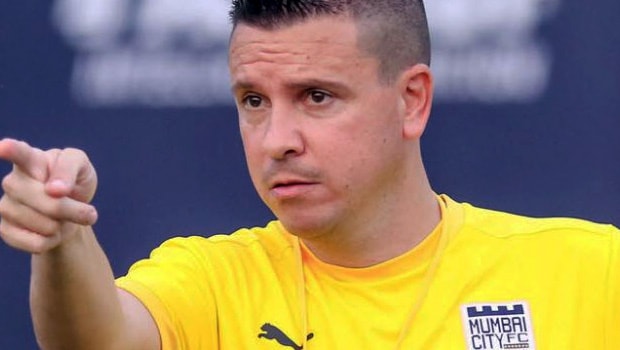 Mumbai City FC head coach Sergio Lobera appreciated Chennaiyin FC for the way they played in their match on Wednesday and said that it was a hard-earned win for the side.

The game ended with a 2-1 outcome in favour of Mumbai City at the GMC Stadium in Bambolim. It helped Mumbai to register their fourth consecutive win in the ISL and thus go to the top of the table with 12 points from just five matches.

However, Chennaiyin FC looked quite up to the task as they were not only good in defense but also created plenty of chances. They saw plenty of penalty shouts turned down as well.

Lobera acknowledged the fact that Chennaiyin played well and said that it wasn’t an easy win for them.

“We suffered during some period of the second half and I am very proud because when you’re winning team, you need to know how to suffer and manage this situation. I’m very happy with this win,” Lobera said after the game.

Although Chennaiyin felt that their efforts were undone by refereeing decisions, Lobera chose to focus on the attitude and fighting spirit showed by his side. He said that it was a psychological boost for the side as they won from a difficult situation.

“Always I want to win. Always I try to win. And the players are really important. Three points are very important. Important psychological victory,” Lobera said.

Mumbai City will face Jamshedpur in their next match. Adam Le Fondre has been in an excellent run of form having scored four goals in the five outings so far whereas Hernan Santana has scored twice as well. Hugo Boumous, who recorded 11 goals and 10 assists for FC Goa last season, has been in top form for Mumbai City in this season as well, with four assists to his name already.