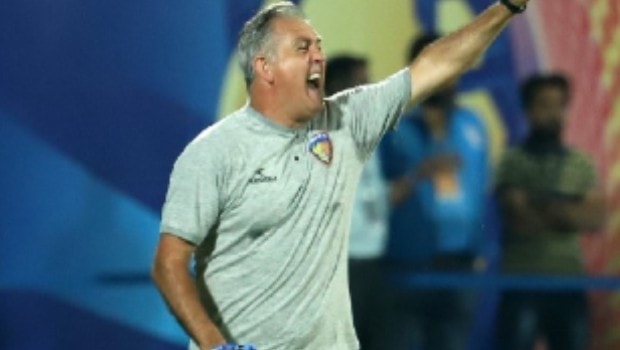 Chennaiyin FC coach Owen Coyle has made it clear that his team will continue to play aggressive football come the Indian Super League final against ATK on 14th of March. Both the teams have attacking mindset and it is expecting to be a thrilling contest between the two sides.

Both ATK and Chennai have won two ISL crowns and whosoever will come on top on Saturday will become the first time to win the title thrice.

Meanwhile, Chennaiyin FC didn’t have the best of starts to the season as they were not able to find the impetus.

However, Marina Machans were able to turn the tide in the latter stages of the tournament and made their way into the last four after securing 29 points from 18 matches with the help of seven wins.

They were the underdogs in the semi-final against table-toppers FC Goa but they came up with their best to secure 4-1 win in the first leg. Chennaiyin lost the second leg 2-4 but were able to secure the final berth on aggregate score of 6-5.

Chennaiyin head coach Owen Coyle revealed that the attacking tactics will remain the same when the players will take the field in the final clash.

It doesn’t change a lot. Even in the semi-final, we were under pressure as everyone expected FC Goa to win and their quality. From January, we have been the form team in the league. We were very respectful of FC Goa but we didn’t fear them. And, that will be the same tomorrow. They [ATK] have wonderful players, an excellent coach and a great team. But, our mentality is to play our game tomorrow. We will not change anything We have come so far and we just want to see it through all the way.

Owen Coyle believes both the teams will take the field with an attacking mindset. However, he also feels that this approach will be more beneficial to his team as they are doing the same since the fag end of the league stages (as it was do-or-die situation for Chennaiyin FC to qualify for the semi-final). Having said that, Coyle added he has utmost respect for the opposition.

“I feel tomorrow will be a very attacking match between two attack-minded teams. I know that style of play comes with a bit of risk but I think it would suit us because that’s what we have been doing when we have had no option but to win. Having said that though, I have the utmost respect for ATK and I am expecting a great game”.

On the other hand, the final of the ISL will be played behind closed doors without any spectators gathering due to coronavirus outbreak. The whole atmosphere will look bleak but Chennaiyin FC skipper Lucian Goian understands it was the need of the hour.

“We all know that football without fans is completely different. But, in the current circumstances, nothing ranks above the health and safety of the people. And, I believe that the league has done the right thing”.

Both the teams will look to bring their best to the table in the all-important final, which will be played at Jawaharlal Nehru Stadium, Goa.