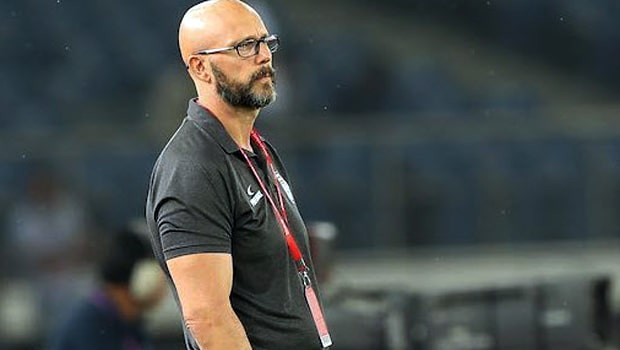 A season-opening win doesn’t mask the myriad of breaches Kerala Blasters have to patch if they wish to be a contender in the 2019/20 Indian Super League season.

Kerala Blasters kicked off their 2018/19 Indian Super League (ISL) season in the best way possible — with a win. It was a triumph that spoke a lot for the attacking style of football played by Kerala’s new coach Eelco Schattorie. After falling back as early as the sixth minute, they rallied back to claw out a 2-1 victory, with Bartholomew Ogbeche starring on the occasion. The skipper’s charge netted him a brace and he will certainly be counted upon for more such leading performances in the matches to come this season.

That said, there’s no looking away from the reality facing the Tuskers regarding the holes in their defence if they are to win on a consistent basis and improve on last season’s ninth place finish in the standings. ATK’s solitary goal early in the proceedings on Sunday was the result of a free-kick that had a trouble-free run to the net, and a few more successful chances would’ve put paid to Kerala’s dreamy season-opening result.

Schattorie expects the goalkeeper to play from the back, passing the ball around, but two of their three keepers — Shibinraj Kunniyil and Bilal Husain Khan — are playing their first ISL season, and their inexperience showed in the season-opener, with Khan looking lost against ATK. Meanwhile TP Rehenesh, their most experienced keeper, is out injured.

To add to the list of woes plaguing Kerala, Sandesh Jhingan was put out with a long-term injury in the days leading up to the new season. Jhingan, whose experience includes playing for East Bengal and Mohun Bagan in the I-League, and FC Goa and Mumbai City in the ISL, was one of the primary totems for Kerala’s defence, and it left Schattorie scrambling to find an arguably suboptimal replacement in centre-back Raju Gaikback.

With midfielder Mario Arques also out with an injury, the impetus will shift even more on the likes of Ogbeche and Singh to make up for these defensive shortcomings that have cropped up.

Kerala Blasters would be cognizant of the merciless pummeling they received at the hands of the Mumbai City, who handed them a 6-1 loss in their season-ending match last year. It wasn’t a pretty sight as Modou Sougou alone netted four. The match pretty much summed up Kerala’s campaign.

JC (on @KeralaBlasters‘ first game): “They’re a different team from last season. But the players are familiar and so is the coach. I don’t know what the result will be tomorrow, but I know that the game is not going to take me by surprise.”#KERMUM #ApunKaTeam 🔵

With 13 new players and a new coach who seems armed with a plan but without his pawns in place, Kerala could be headed for another season of mixed results.