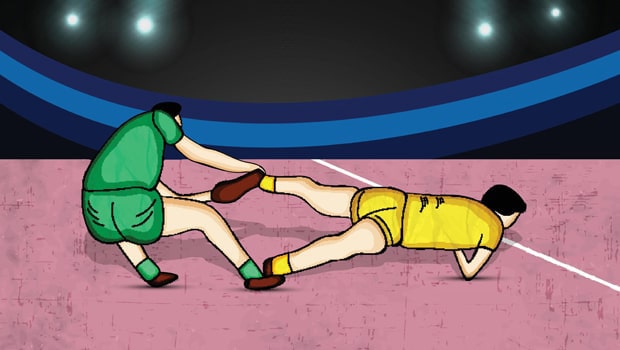 PKL 2022: I was confident if they gave it a fresh start, they would be able to turn things around – Tamil Thalaivas coach Ashna Kumar

Tamil Thalaivas head coach Ashna Kumar was optimistic that his team would be able to turn the tables if they gave it a fresh start in the ongoing Pro Kabaddi League 2022. The Thalaivas got off to the worse possible start as their biggest player Pawan Sehrawat was ruled out with an injury, which he suffered during the team’s opening game against Gujarat Giants.

Tamil Thalaivas could only manage a solitary win in their first six matches and they were struggling in the bottom half of the table. Furthermore, to add salt to the injury, their head coach J. Uday Kumar resigned citing personal reasons.

Subsequently, the management gave the team’s reins to former Indian coach Ashna Kumar, who was able to fill the players with confidence. The results came Thalaivas’ way and they were able to make it to the playoffs after winning 10 matches, losing eight, and tying four games. They had gathered a total of 66 points in the league stage.

“I was given the responsibility of the team which had done badly in the first six matches. It was evident that the players were under severe psychological pressure,” Ashan told Sportstar in an interview.

“I was confident that if they gave it a fresh start, they would be able to turn things around,” he said.

Kumar added it was pivotal for him to handle the precarious situation with calmness and give confidence to his players when they had their backs against the wall.

“When assessing a situation, it is vital to show composure and give players the respect they deserve it will contribute a great deal to resolving issues,” he said.

Ajinkya Pawar has also performed consistently for Tamil Thalaivas and Kumar added it was crucial to give him his deserved chances.

“I noted that players with potential were sitting outside, and Ajinkya was one of the talents that should not be sitting on the sidelines,” Ashan said.

Tamil Thalaivas will face U.P. Yoddhas in the second Eliminator on Tuesday night in Mumbai.