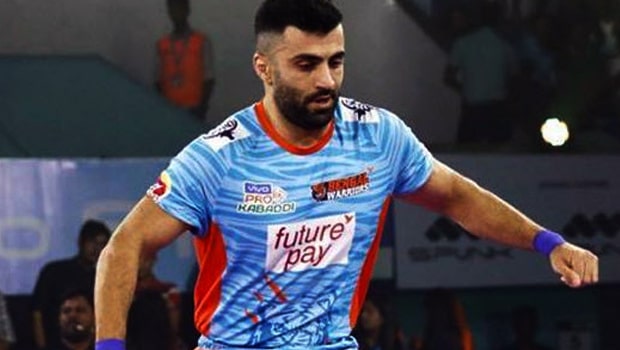 An all-around performance from Mohammad Nabibakhsh helped the defending champions Bengal Warriors in making a winning start to their Pro Kabaddi 2021 campaign as they defeated U.P Yoddha by 38-33 in the third match of the season. Nabibakhsh scored eight raid points and three tackle points and thus the all-rounder played a key role in his team’s triumph.

Both the teams didn’t give an inch to each other as the first half ended at a tied score of 18-18 after some fine performances from Mohammad Nabibakhsh, Maninder Singh, and Pardeep Narwal.

Narwal, who is the most expensive player in Pro Kabaddi history after sealing a INR 1.65 crores deal with U.P Yoddha, didn’t get off to a great start but soon found his class as he converted five successful raids out of the six he attempted.

Maninder Singh and Pardeep Narwal continued the good work for their respective teams but Nabibakhsh’s was able to help Bengal Warriors get a crucial lead in the second half after a Super Raid.

However, U.P Yoddha didn’t throw the towel as they made a solid comeback to reduce the deficit to three points. But Sukesh Hegde came up with a Super Raid and scored a total of eight points to help his team once again build a healthy lead. Furthermore, the Warriors’ defense was solid and they kept U.P Yoddha at bay despite best efforts from Rohit Tomar and Surender Gill.

Eventually, Bengal Warriors were able to get their maiden win of the season by a margin of five points.

Bengal Warriors will lock horns against Gujarat Giants on Friday while U.P Yoddha will next face Patna Pirates on Saturday. 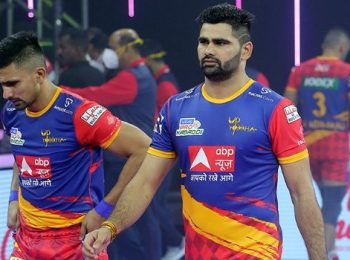 Puneri Paltan will lock horns against U.P. Yoddha in the 79th match of the ongoing Vivo Pro Kabaddi ... Read More 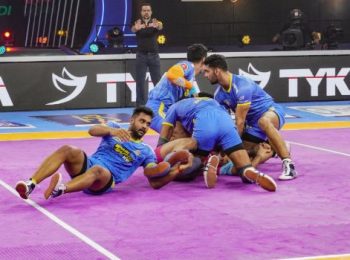 The most successful team of Pro Kabaddi Patna Pirates will lock horns against Tamil Thalaivas in the... Read More 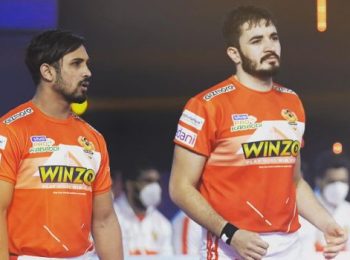 Gujarat Giants will lock horns against second-placed Dabang Delhi K.C in the 81st match of the ongoi... Read More