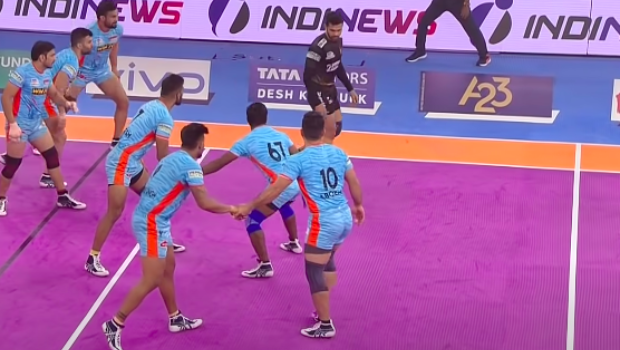 Bengal Warriors will lock horns against Telugu Titans in the 85th match of the ongoing Pro Kabaddi League 2022 at the Gachibowli Indoor Stadium, Hyderabad on Friday. Bengal Warriors are currently in the seventh position in the standings with six wins, five losses, and two tied games.

They have a total of 37 points under their bag and they would want to come up with a collective show. Telugu Titans, on the other hand, have been struggling to get going in this season.

The Titans have managed only one win and they have suffered 13 losses. They are currently at the bottom of the points table with nine points in their kitty.

Telugu Titans lost their previous game against Bengaluru Bulls by a margin of 11 points. Siddharth Desai scored 18 points and he was the standout performer for the team but his efforts once again went in vain.

Meanwhile, Bengal Warriors had also lost their last match against Puneri Paltan by 43-27. Maninder Singh scored 14 points for his team but it was not enough for the team.

Match Prediction: Bengal Warriors will enter the contest as favorites against Telugu Titans.