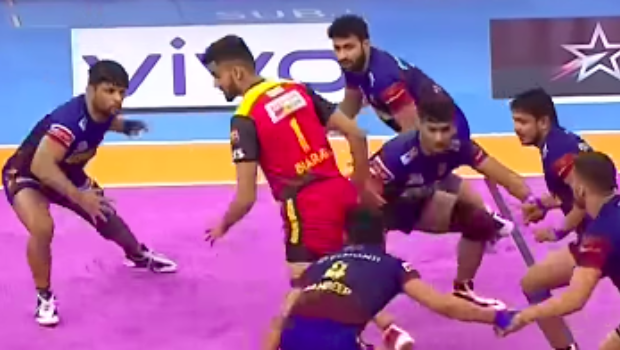 It is time for the playoff stages in the ongoing Pro Kabaddi League 2022 as Bengaluru Bulls will face Dabang Delhi K.C. in the first Eliminator on Tuesday at the Dome, NSCI SVP Stadium, Mumbai. Bengaluru Bulls had finished the league stage in third place in the standings with 13 wins, eight losses, and one tied match.

They had won a total of 74 points and would want to carry the good show. On the other hand, Dabang Delhi K.C. had got off to a good start but veered off the track soon after. However, the defending champions did well to qualify for the playoff stages.

Delhi won 10 matches, lost as many, and tied two games to finish in sixth place in the standings with 63 points.

When these two teams had met earlier in the season, Bengaluru Bulls had won both matches against Dabang Delhi K.C.

Bharat is going to hold the key for the Bulls whereas Delhi’s captain Naveen Kumar will be the crucial player for his team.