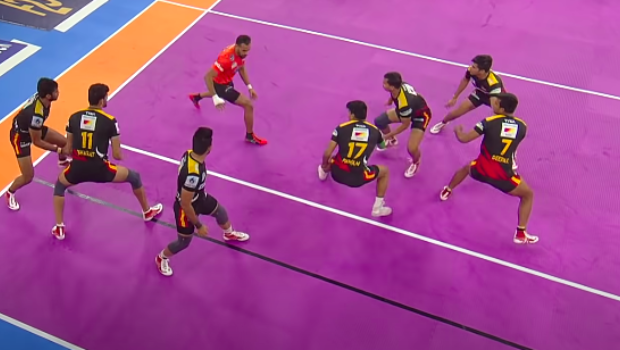 Bengaluru Bulls will take on U Mumba in the 130th match of the ongoing Pro Kabaddi League 2022 at the Gachibowli Indoor Stadium, Hyderabad on Saturday. Bengaluru Bulls have already qualified for the playoff stages while U Mumba has been eliminated.

The Bulls are in third place in the standings with 13 wins, seven losses and one tied game. They have a total of 73 points under their bag. The Bulls will face Dabang Delhi K.C. in the first Eliminator.

On the other hand, U Mumba would want to end their season on a high. They have so far won nine matches and lost 12 games and they are in 10th place with 51 points.

Bengaluru Bulls had won by 42-32 when they had last played against U Mumba in the season.

U Mumba lost their last game against reigning champions Dabang Delhi K.C. by 41-24. Rinku and Ashish scored four points each.

Match Prediction: Bengaluru Bulls will enter the contest as favorites against U Mumba.