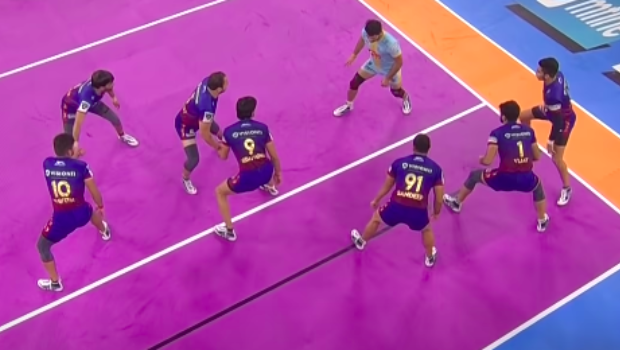 U.P. Yoddhas will lock horns against Dabang Delhi K.C in the 83rd match of the ongoing Pro Kabaddi League 2022 at the Shree Shiv Chhatrapati Sports Complex, Pune on Wednesday. The defending champions Dabang Delhi K.C. have veered off the track after getting a good start. Delhi had won their first five matches but they have won a solitary match in their last eight games.

Thus, they are in the ninth position in the standings with six wins, seven losses, and a total of 35 points under their bag.

On the other hand, U.P. Yoddhas have won six matches, lost five, and tied two games. They are in fifth place in the standings with a total of 40 points.

Dabang Delhi K.C lost their previous game against Jaipur Pink Panthers by a huge margin of 25 points. Delhi’s Vijay Malik scored 12 points for the team but the rest of the players failed to deliver.

Meanwhile, U.P. Yoddhas won their previous match against Telugu Titans by a margin of 11 points. Surender Gill scored 13 points for the team.