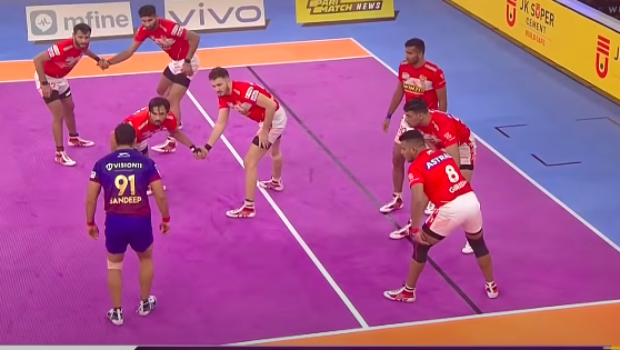 Gujarat Giants will lock horns against Dabang Delhi K.C. in the 98th match of the ongoing Pro Kabaddi League 2022 at the Gachibowli Indoor Stadium, Hyderabad on Friday. The Giants have won five matches, lost nine, and tied one game.

Delhi had got off to a fine start but they have veered off the track in the recent matches. When these two teams had met earlier in the season, Dabang Delhi K.C. had won by a massive margin of 20 points.

Meanwhile, Gujarat Giants had lost their previous match by a margin of four points against U.P. Yoddhas. Parteek Dhaiya scored 10 points in the team’s win.

On the other hand, Dabang Delhi K.C. won their last game against Haryana Steelers by 42-30. Naveen Kumar and Ashu Malik scored 15 and 10 points respectively.