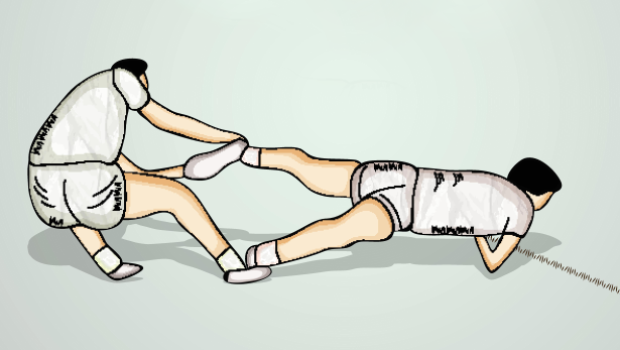 Pro Kabaddi League 2022: If we want to reach our goals, we shouldn’t be looking at our mistakes – Tamil Thalaivas coach Ashan Kumar

Tamil Thalaivas head coach Ashan Kumar said if they want to reach their goals then they shouldn’t be looking at their mistakes. Tamil Thalaivas qualified for the playoff stages of the ongoing Pro Kabaddi League 2022 after winning 10 matches, losing eight, and tying four games.

Ashan Kumar’s team accumulated a total of 66 points in 22 matches of the league stage. Tamil Thalaivas will face U.P. Yoddhas at the Dome, NSCI SVP Stadium, Mumbai on Tuesday in the Eliminator contest and Kumar would want his team to come up with their best. Both of these teams had won one match each when they had locked horns against one another earlier in the season.

Kumar feels it is imperative for the team to move on from losses in the league and quickly recover before the next match. It is now a do-or-die situation for every team in the knockout stages and Kumar wants his team to focus on their strength.

Ashan Kumar said on Star Sports show, Total KBD – Road to Playoffs, “I accepted this challenge with a motive that our team needs to start performing well. As a coach, I focused on the strength factors of the team giving everyone equal responsibility and making them understand how they can perform better. If we want to reach our goal we shouldn’t be looking back at our mistakes, as focussing on our past mistakes won’t get us our next victory.”

The alliance between Ajinkya Pawar and Narender has played a key role in the team’s success. Ashan Kumar added the duo will be imperative for the team.

He added, “Both Narender and Ajinkya have been working in tandem and the combination is so good that if one goes to catch a player the other tries to get a point.”

If Tamil Thalaivas manage a win against U.P. Yoddhas in the second Eliminator, they will face Puneri Paltan in the semifinal.