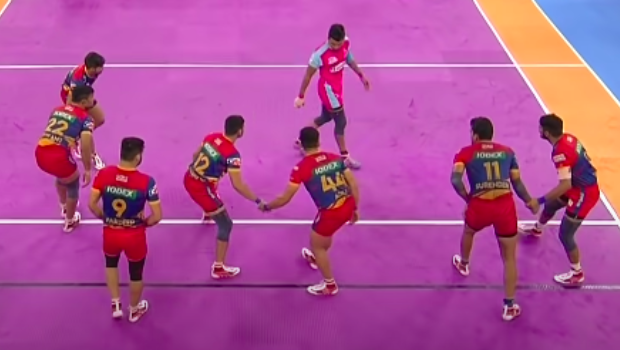 Jaipur Pink Panthers will lock horns against U.P. Yoddhas in the 87th match of the ongoing Pro Kabaddi League at the Gachibowli Indoor Stadium, Hyderabad on Saturday. U.P. Yoddhas are currently in fourth place in the standings with a total of 45 points.

The Uttar Pradesh team has won seven matches, lost five, and tied two games so far in the 14 games they have played. On the other hand, Jaipur Pink Panthers are one place above U.P. Yoddhas in the standings at the third place.

Jaipur has won nine matches whereas they have lost five games out of the 14 they have played.

U.P. Yoddhas had won their previous match against defending champions Dabang Delhi K.C. by 50-31. Pardeep Narwal scored 22 points for the team in the team’s win.

On the other hand, Jaipur Pink Panthers had won their last game against U Mumba by 32-22. Arjun Deshwal scored 13 points for the team and continued his good form.