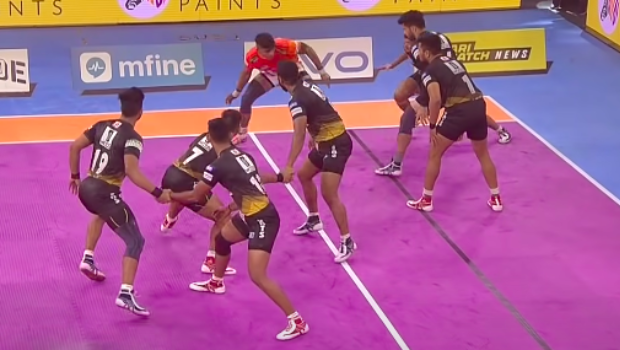 Puneri Paltan will lock horns against Telugu Titans in the 102nd game of the Pro Kabaddi League 2022 at the Gachibowli Indoor Stadium, Hyderabad on Saturday. Puneri Paltan is currently at the top of the points table with a total of 64 points.

The Paltan have ticked the right boxes so far and they would want to continue the good show. They have won 11, lost four, and tied two matches.

On the other hand, Telugu Titans have struggled to get going as they have managed only two wins in 17 matches and they have suffered 15 losses. They are at the bottom of the points table with only 15 points.

When these two teams had met earlier in the season, Puneri Paltan had won by one point.

Puneri Paltan won their previous match against Jaipur Pink Panthers by 39-32. Aslam Inamdar was the top-scorer for his team with nine points.

Meanwhile, Telugu Titans lost their last game against Patna Pirates by one point. Siddharth Desai scored 15 points for the team but his efforts went in vain.

Match Prediction: Puneri Paltan might enter the contest as favorites against Telugu Titans as they had won their last game.