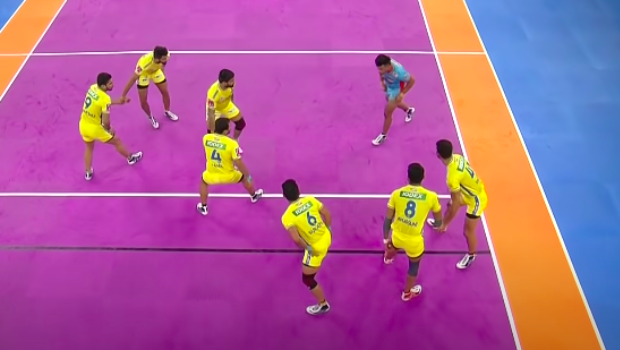 Tamil Thalaivas will play against Bengal Warriors in the 92nd match of the ongoing Pro Kabaddi League 2022 at the Gachibowli Indoor Stadium, Hyderabad on Monday. Bengal Warriors are currently in seventh place in the standings with a total of 42 points.

The Warriors have managed seven wins, five losses, and two tied games out of the 14 they have played in the ninth season of the tournament.

On the other hand, Tamil Thalaivas have won five matches, lost six, and tied three games. The Thalaivas are in the ninth position in the standings with a total of 38 points.

Bengal Warriors won their previous game against Telugu Titans by 36-28. Maninder Singh played a key role as he scored 12 points for the team.

Meanwhile, Tamil Thalaivas had tied their last match against Patna Pirates by 33-33. Narender was the top performer for the Tamil Nadu team as he scored 16 points.

Match Prediction: Bengal Warriors might enter the contest as favorites against Tamil Thalaivas.