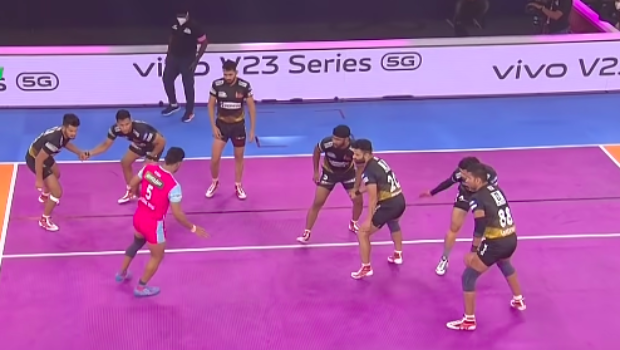 Jaipur has won 11 matches and lost six out of the 17 they have played and have a total of 59 points under their bag. On the other hand, Telugu Titans have failed to achieve any kind of impetus in the ongoing season.

The Titans have won only two matches and they have suffered 16 losses. They are at the bottom of the standings with 15 points.

Jaipur Pink Panthers had thrashed Telugu Titans by 51-27 in their previous meeting of the season.