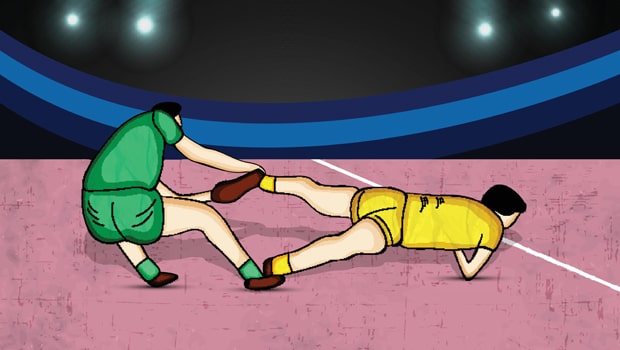 It has been an intriguing action in the ongoing Pro Kabaddi League 2022 and the league stage of the ninth edition of the tournament didn’t disappoint. There were some exemplary performances from the world-class players in the 132 matches of the league stage.

Finally, we have six teams, who have made it to the next stage of the competition. Jaipur Pink Panthers, Puneri Paltan, U.P. Yoddhas, Tamil Thalaivas, Bengaluru Bulls and reigning champions Dabang Delhi K.C. have qualified for the playoff stages.

These teams were able to book their playoffs berth after consistent performances from their players.

Jaipur Pink Panthers’ Arjun Deshwal was the star of the show as he dominated the other teams with his agility. Deshwal had 228 successful raids, which is the most for any player for the league stage.

The raider had a total of 286 raid points, which is again the highest. The 23-year-old from UP, scored a total of 17 Super 10s in 22 matches. Deshwal had an average of 13 for raid points.

Jaipur Pink Panthers defender Ankush came up with 77 successful tackles, which was the highest of the league stage. 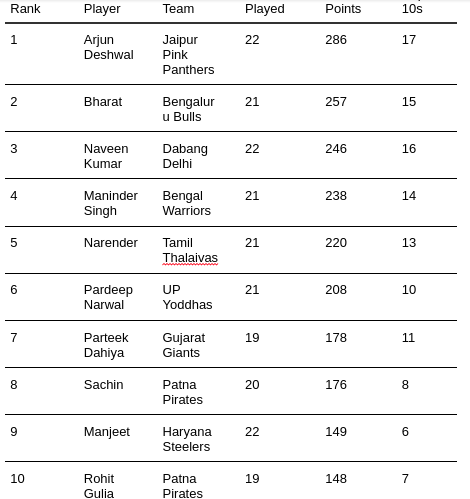