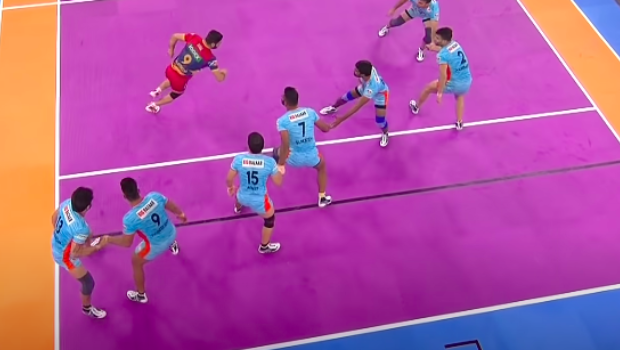 U.P. Yoddhas will lock horns against Bengal Warriors in the 106th match of the ongoing Pro Kabaddi League 2022 at the Gachibowli Indoor Stadium, Hyderabad on Monday. Bengal Warriors is currently in the seventh position with eight wins, seven losses, and two tied matches.

When these two teams had met earlier in the season, the match ended in a 41-41 tie.

Meanwhile, U.P Yoddhas won their previous match against Patna Pirates by 35-33. Captain Pardeep Narwal was the top scorer with 15 points.

Bengal Warriors lost their previous game by a margin of eight points against U Mumba. Maninder Singh top-scored with 13 points.

Match Prediction: U.P Yoddhas might enter the contest as slight favorites against Bengal Warriors given their current form.