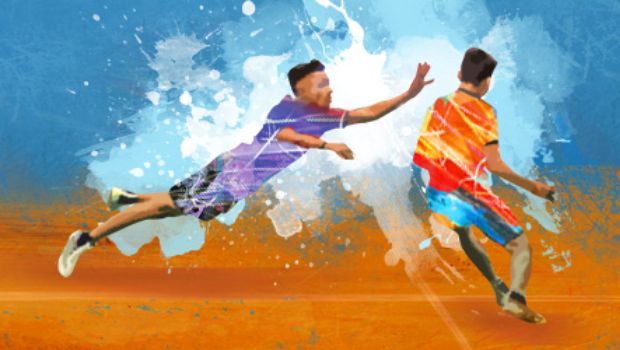 The league stage of the inaugural edition of the Ultimate Kho Kho League 2022 concluded with Telugu Yoddhas defeating Odisha Juggernauts by 21 points at the Shree Shiv Chhatrapati Sports Complex in Pune on Wednesday.

Gujarat Giants ended the league stage at the top of the points table whereas Rajasthan Warriors ended as the wooden spooners of the tournament as they could only manage a solitary win in 10 matches.

Gujarat Giants defeated Rajasthan Warriors on Wednesday by five points to finish at the top of the standings.

Mumbai Khiladis ended their tournament on a high as they defeated Odisha Juggernauts by a huge margin of 48 points but they could not qualify for the playoffs.

Rajasthan Warriors secured their first win of the competition as they bested Chennai Quick Guns by 35 points on Tuesday.

Telugu Yoddhas will face Chennai Quick Guns in the eliminator on Friday while Gujarat Giants will take on Odisha Juggernauts in the first qualifier. 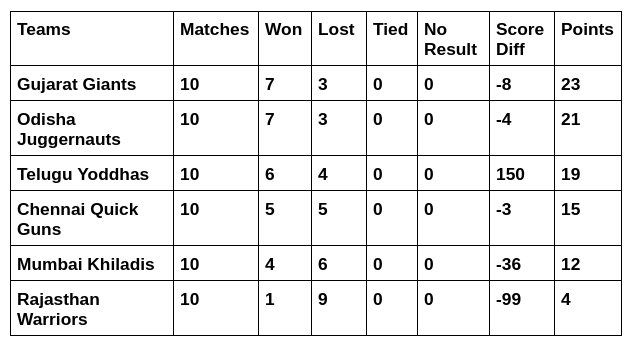