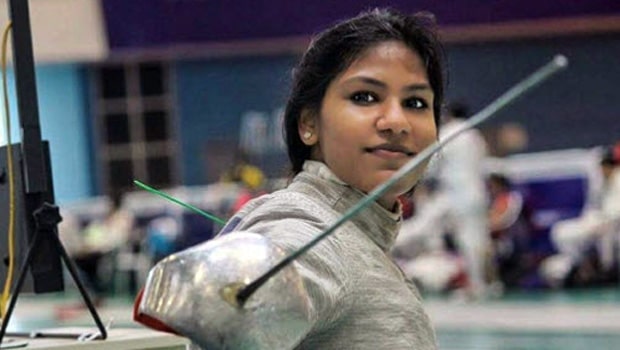 There is no doubt that Bhavani Devi who was the first Indian to even qualify for the Tokyo Olympics for her sport, Fencing is an achievement in itself. It is a sport which is not well known and hence people are not aware of her celebrated success.

This was Bhavani’s first appearance at the Summer Games and she created history not just by qualifying but also managed to win her first-round match against Tunisia’s Ben Azizi. She then lost the following game which was against a high rated French fencer Manon Brunet.

Recently in a press conference organized by SAI, the Chennai based fencer shared her experiences and journey to reach the Olympics.

“The one lesson I learned from Tokyo is to keep working hard. Because when I kept working hard after (2016) Rio, it brought me to Tokyo,” she stated. However, the sabre fencer also spoke about the improvements that she needs to make in her play.

“I need to improve on fencing movements and strategies. I got good feedback from matches. I will continue to work hard and give much better results in future competitions than the previous ones,”

Bhavani Devi explained how she was nervous ahead of the big clash against the French fencer.  She also acknowledges that she was not at her best. “The first match was more important because it was the start. I was feeling a little bit nervous before the match. But, I started and finished well, also the second match was good for me. I don’t feel like I did not try, for me, I did try.”

Bhavani is hopeful that in the 2024 Olympics in Paris she will find more Indians to take part in fencing and other unique sports. She said, “I am sure, in 2024, we will have more fencers. There are a lot of junior fencers in India who are doing really well.

“There are fencers from Army and SAI centres doing well. The fencing association president has assured us about opening training centres with high-class facilities. I think it will help us groom players for 2024 as well as the 2028 Games.”

The solitary Indian fencer now dreams of winning a medal in the Olympics or even at the Asian Championship or any other tournament.