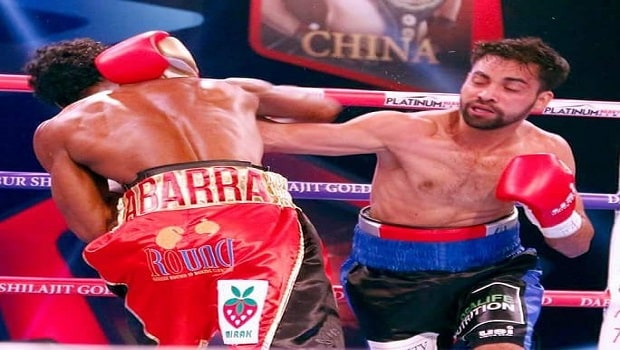 The boxer who hails from Kolkata made Indian Boxing a force to be reckoned with by winning the Oceania-Orient feather title. The Oceania-Orient Champion event held in the Philippines marked the victory of Asad Asif Khan over Malaysian Aiman Abu Bakar.

The event saw the presence of various nations at the Oceania Oriental event, as Asad’s brilliant performance in Manila reflected his intensive training. His opponent Aiman Abu Bakar, Malaysian’s no.1 boxer and an undefeated international player, lost to Asad in an all-win match from the start.

Asad was utterly dominant in the bout as he won all the eight rounds, making it look like a one-sided win.

The brilliant Asad is a licensed professional boxer under the IBC [Indian Boxing Council], which is the only internationally recognized Indian Professional Boxing Commission body. The current President of the IBC and former General Secretary of the Boxing Federation Muralidharan Raja said in a statement that he is proud of Asif’s achievement and his performance, which led to the winning of the titles will go a long way in motivating upcoming boxers.

Raja also urged the upcoming boxers to work hard as there is no limit to the level they can reach if they prepare and remain focused.

When Asad was quizzed as to how he felt after the win, “I will continue to say hard work is the key to making it in life, you need to have a great and brilliant mentor, and I must say I was blessed with one. This victory has motivated me to work harder, and I implore the youths of India to take up the most exciting sport out there,” he said.

The Kolkata born has been well trained by Mujtaba Kamal. He [Kamal] had been managing Asad’s fights right from his professional debut on November 19, 2011.

Asad currently trains at Bengaluru. This win has brought a new dawn to the Professional Boxing in India, which will become the advent of more success in Boxing.