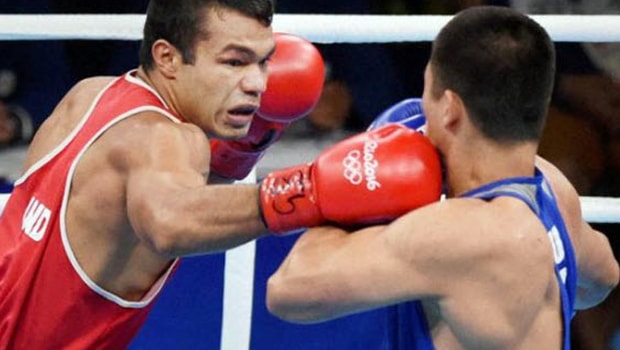 The selection process of the yearly  strictly based on the Olympic bound athletes. The BFI also nominated the world bronze medal winners [Lovlina Borgohain in the 69kg category, Simranjit Kaur 64kg, and Manish Kaushik in the 63kg].

Of all these nominated athletes, Boroghain won the bronze medal twice with the recent being last year.

Regarding the Dronarchaya awards, the Boxing Federation of India has concluded a list of names for the National Women’s coach, Mohammed Ali Qamar, and fellow assistant Chhote Lal Yadav.

The BFI released a statement saying the nominations of the athletes and coaches are purely based on their performances so far in the past four years.

Looking at the 24-year-old Panghal who has not won a national award apart from winning the Asian Games Championships has been nominated in each of the last three years but keeps being denied by the selection committee due to a doping offense back in 2012.

However, the BFI executive director R.K Sacheti has said that Panghal is now permitted to compete for the country, and the Federation as a whole celebrates his achievements so far and deserves recognition for his brilliant performances.

Below is the name of the nominees for the prestigious award