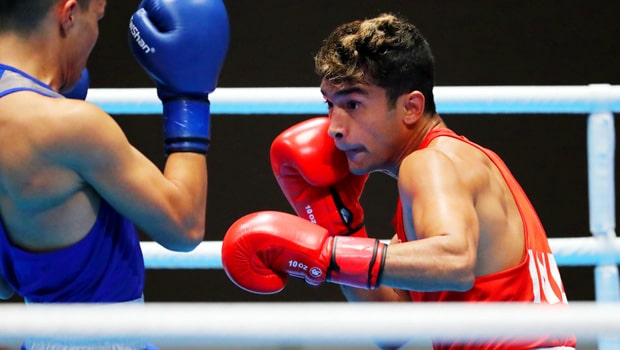 Indian boxers are geared up to return to action as the men’s boxing team head to Belgrade, Serbia for the AIBA Men’s World Championships. It is a new-look team for India with plenty of young pugilists determined to prove a point at the big stage.

Tokyo Olympians, Manish Kaushik and World No. 1 Amit Panghal will not feature after an underwhelming Summer Games campaign in the Japanese capital. However, pugilists like Deepak Kumar Thoria (51 kg), Shiva Thapa (63.5kg) and Sanjeet (92kg) will spearhead the Indian contingent into the World Championships.

The Indian team will hope to deliver and at least equal the record of securing two medals that they achieved in the last edition of the tournament. A lot of hopes will be pinned on the experienced pugilists as Sanjeet is the reigning Asian champion whereas Deepak is a former Silver medallist and Shiva Thapa has five podium finishes at the continental event.

Thapa has vast experience and has featured at the world event previously. He won the bronze medal in the 2015 edition. The other 10 pugilists have shown plenty of promise and have made it here only after crowing themselves as the national champion.

This will be Neiva’s final assignment as India coach as the Boxing Federation of India decided not to extend his contract after a poor Tokyo Olympics outing. None of the male boxers could secure a medal for the country despite all the hype before the Summer Games.

This will be a big tournament for him and also for the Indian boxers as they will be up against AIBA World Champions, Andy Cruz Gomez, Roniel Iglesias, Arlen Lopez, Julio La Cruz and lastly Lazaro Alvarez.