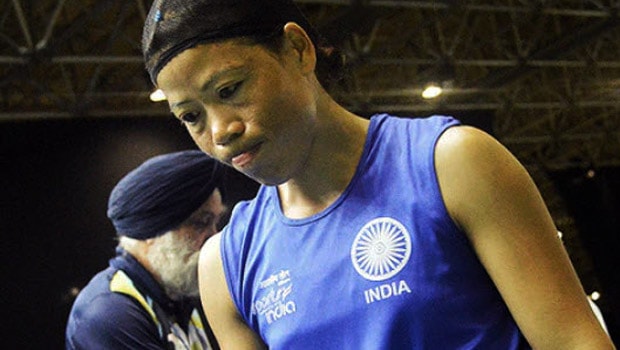 India boxer Mary Kom who had just returned from Jordan after competing in the Asia Oceanic Qualifiers, returned home on the 13th of March. She was supposed to be in an isolation period for 14 days amongst the outbreak of the pandemic virus but broke the rule to attend an event.

Following the 14-day quarantine rule imposed by the World Health Organisation [WHO] and governments across the globe, veteran pugilist Mary Kom and Rajya Sabha MP, we’re seen together at a public gathering.

However, on the 18th of March, the boxer attended a breakfast that was hosted by the president [Ram Nath Kovind] at the Rashtrapati Bhavan.

Mary Kom appeared in one of the four pictures tweeted by the official Twitter handle of the India President. She was with the parliamentary Members.

On that very day, BJP Lawmaker Dushyant Singh came in contact with infected Bollywood star Kanika Kapoor was also in attendance at the President’s villa as Singh is now self quarantined

Nieva told reporters that they had already planned ten days for isolation, but it’s now 14 days. ” after ten days, I will be working on a program which I will send them. After this period, they can start on that, and if it’s not resolved within fourteen days(2weeks), we will have to continue like this.

Mary Kom has also revealed in a statement that of truth, she attended the President event but said she had been indoors since she came back from Jordan and didn’t shake hands with my one or Dushyant at the event.

‘My self-isolation ends after Jordan, but I am going to self quarantine Indoors for 3-4 days afterward” she added

President Kovind is likely to be tested for Coronavirus as he met and shook hands with Singh at the party.