Home » Other Sports » Boxing » Indian Boxers keep up the good work on Day 2 as Shiva, Deepak, Sumit and Narender bag wins at the World Championships

Indian Boxers keep up the good work on Day 2 as Shiva, Deepak, Sumit and Narender bag wins at the World Championships 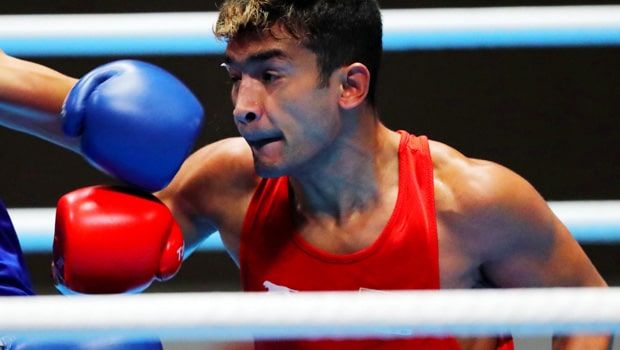 After a great start by young Indian Boxers on Day 1 of the World Boxing Championships, experienced boxer Shiva Thapa maintains the positive start as he breezed past the first round.

Thapa, who won the bronze medal in the 2015 edition of the World Championships has immense experience and expertise and hence he is handed the job to spearhead this young set of boxers to Belgrade, Serbia for the big event.

Thapa hardly broke a sweat as he defeated Kenya’s Victor Nyadera in the 63.5kg round-of-64 match. The Assamese pugilist was in golden touch as he looked like a man on a mission.

Later reigning national champion, Deepak Kumar Thoria (51kg) was the highlight. The youngster had a tough draw to start with as he faced two-time Asian champion Azat Usenaliev of Kyrgyzstan. But Deepak registered a statement 5-0 win as he progressed to the next round unscathed. It will be interesting to see how the youngster fares in the upcoming rounds.

India’s winning streak continued as Sumit (75kg) also won his opening bout. He defeated Damon O’Neill of Jamaica with sheer dominance. The Indian boxer won the 5-0 by unanimous call and has progressed to the next round of the World Boxing Championships. The 19-year-old will face tougher opponents in next few rounds and it will be interesting to see how he fares.

The icing on the cake was added late when Narender also bagged a win for India and kept the perfect record intact in the opening rounds. The Indian pugilist who competes at 92+ category defeated Oskar Safaryan of Poland by 4-1 split decision in the round of 64 match. Narender will look to keep up the good work as India looks to break or at least equal the record of two medals at the World Boxing Championships. The two medals were won by World No. 1 Amit Panghal in the 51kg category and Commonwealth medallist Manish Kaushik in the last edition of the World Boxing championships. Both the boxers failed to live up to the expectation at the Tokyo Olympics and have decided not to feature in this edition of the World Championships.