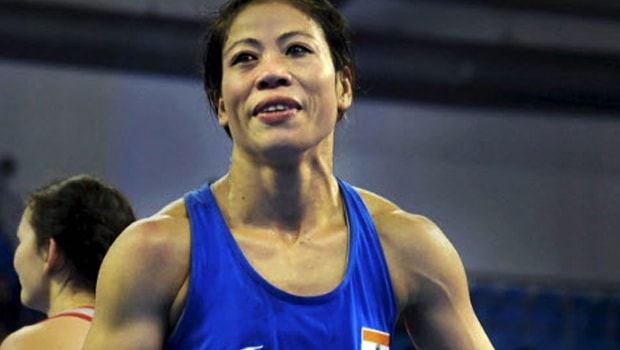 The Indian women boxing contingent can be optimistic about their chances of landing a medal at the Tokyo Olympics next year with as many as four pugilists already in the hat for sports’ grandest stage. After being included for the first time in the 2012 London Olympics where India’s sole representative MC Mary Kom returned with a bronze medal, women’s boxing has soared in popularity in India and presently boasts several up and coming young talents.

The setback of missing out on qualifying in any weight category in Rio 2016 aside, women’s boxing has unearthed several hidden gems over the past few years. Here, we have a look at four such women pugilists, who will be looking to create a place for themselves in India’s Olympic history when they step on Japanese shores next year.

Six-time world champion MC Mary Kom booked her ticket for the Olympics after a bronze medal finish (51kg) at the Asian Olympic Boxing Qualifiers. India’s most decorated boxer has already achieved tremendous success with eight medals at the world championship and gold at the Asian and Commonwealth Games.

In the quarter-finals of her Olympics qualifier, Mary Kom beat Irish Magno of Philippines with a unanimous 5-0 verdict in her favor. Though Mary Kom faltered in the semi-final to settle for bronze, she had already done enough to earn a ticket for what will be the 37-year-old’s second Olympic appearance and last shot at a gold medal.

The middleweight category boxer hails from Bhiwani – a conveyour belt of boxing talent in the country – and became the first Indian boxer to confirm her presence at the Tokyo Olympics. Pooja Rani asserted her dominance over Pomnipa Chutee from Thailand with a commanding victory in the quarter-finals to earn her Olympics berth.

However, her journey to the Olympics wasn’t always pleasant having failed to make the cut in her previous two attempts. The two unsuccessful endeavours didn’t hamper her determination, though, as overcame disappointments and an unfortunate firecracker accident to claim her first gold at the Asian Championships in 2019, which led to the Olympic qualifiers. At 29 years of age, Rani will be looking to make the most of her Olympic appearance next year and cement her legacy in Indian boxing.

Another new addition to the Indian contingent at the Olympics is Lovlina Borgohain – a dynamic young pugilist from Assam. The 23-year-old came to the qualifiers on the back of impressive performances at the Umakhanov Memorial International Boxing Tournament and the 2019 AIBA Women’s Boxing Championship where she clinched gold and bronze respectively.

Borgohain booked her first ticket to the quadrennial showpiece when she outpunched Maftunakhon Melieva of Uzbekistan in the welterweight quarter-finals of the Asian Boxing Olympic Qualifiers. With plenty of time in hand to prepare for the postponed Tokyo Olympics next year, Borgohain will be keen to tighten her defensive guard and iron out her errors in the ring.

Simranjit Kaur became the fourth women boxer to join the Indian boxing contingent at the Tokyo Olympics. She sealed her first appearance at the Olympics with a silver medal in the 60kg category. Boxers from Mongolia and China challenged the Indian pugilist but an aggressive Simranjit stormed into the final with convincing victories.

Prior to dropping down to the 60kg division, Simranjit competed with aplomb in the 64kg category, claiming the silver medal at the 2019 Asian Championship and bronze at the 2018 World Championship. Shifting down to the lightweight bracket, though, did not stop her run of success as she defeated former Asian and World Champion Sarita Devi at the Indian trials to gain entry to the Olympic qualifiers in Jordan. She was the most impressive women boxer at the qualifiers in Amman, Jordan and will be eager to make an impact during the Tokyo Games.