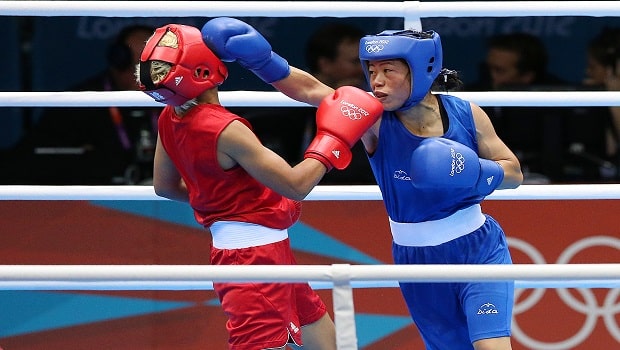 The selection trial between Mary Kom and talented boxer Nkihat Zareen is scheduled to hold in the last week of December. This trial will decide who will represent India in the 51kg category of the 2020 Tokyo qualifier games. This has been revealed by the Boxing Federation of India [BFI] and Sports Authority of India [SAI].

Mary Kom and Nikhat Zareen will also get the information from the BFI president Ajay Singh. In addition to this, Lovlina Borgohain will also have to be present in the trial of the 69kg weight division category.

These decisions were taken during a meeting held last month in November with the BFI bearers, SAI officials, and the director-general Sandeep Prahan in attendance. A sports Ministry official and two international coaches Rafaelle Bergamasco and Santiago Nieva, also be included.

It was revealed in the meeting that selection policy to pick those who will represent the country in their first Olympics qualifiers in Wuhan, China, on the 3rd to 14th of February 2020, will be drafted after the board has held a detailed discussion and the trial rules will remain the same.

The board has unanimously picked the Mary Kom and Nikhat Zareen for the trials to see who will be deemed fit to represent the country in the Qualifiers. Statements released by the board revealed that that has stuck to their rules, and there won’t be any going back as everything is more transparent without any confusion.

However, reports has it that Mary Kom never had a problem giving a trial against her counterpart Nikhat . She has been preparing herself for her to qualify for that category. And she has the belief that she will win that category and eventually represent the country at the Olympics qualifiers.

The 36- year old [Mary Kom] had previously launched an unpleasant speech against Nikhat after 23- year old approached the sports Minister saying, “Who is she? I don’t know her, ” how does she compare to me.”